Torben Snekkestad - The Poetics of a Multiphonic Landscape (ILK, 2016)

The world of the solo saxophone can be a forbidding one, lacking as it does the sonic landmarks and signifiers that so-called “straight jazz” defines itself by. There have been far too few explorers of this terrain (Anthony Braxton and Evan Parker are notable for their extended forays), but it remains an area that is largely uninvestigated by the majority of both players and audiences. Torben Snekkestad is definitely not trying to reverse that trend; these three albums won’t usher in a golden age of solo sax, nor will they encourage a new generation of youngsters to seek out For Alto or Process and Reality. What they will do, however, is excite and mystify the adventurous listener, and hopefully invite him or her to continue down the barely-beaten path that Braxton, Parker, John Butcher, and numerous others have cleared out on past recordings.

Snekkestad’s new trilogy is called “The Poetics of a Multiphonic Landscape,” and it purports to “produce multiple sonics simultaneously (multiphonics) and to unfold the possible poetics of these within the acoustic solo format.” To do this, Snekkestad has utilized a range of instruments, one of which is decidedly peculiar. Curious about what that might be? Read on! 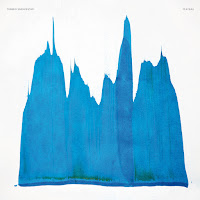 On Plateau, Snekkestad sticks to the tenor and soprano saxophones, and he explores not only their potential to produce convoluted, ecstatic threads of notes, but the timbral and textural possibilities of the instruments as well. The first track, “Plateau #3,” is an example of this latter mode: the tenor resonates and rolls in extended tonal swells, and Snekkestad’s breath is an integral part of the whole, lending the tones an unvarnished physicality. “Stellar Droplets” (played on soprano sax) is more varied in its approach, moving from circular shapes that recall Evan Parker’s work to airy exhalations and clusters that resemble the sounds emitted from conch-shells. Plateau is a lovely recording, atmospheric and spacious, with a great range of textures that run the gamut from soothing susurrations to riveting jets of sound. 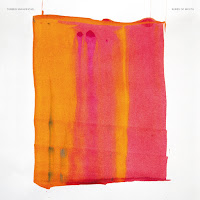 It is immediately clear that Winds of Mouth will be a somewhat different experience from Plateau, opening with multi-tracked reeds, a slide trumpet, and the ever-curious reed trumpet. While the instrumentation is different, the approach that Snekkestad takes is comparable; in the first piece, “April Flourish,” there are extended tones that warble, pulse, and trill, and the individual instruments arise and dissipate with wave-like regularity. As its name implies, “South Abyss” approximates what it might sound like to descend into a fissure in the Earth’s crust - the disquieting creak of tectonic plates, expulsions of air from unseen cracks, and foreboding groans. It’s an incredibly immersive track, and it illustrates well what Snekkestad does best - constructing veritable worlds of sound with a limited, but effective, arsenal. 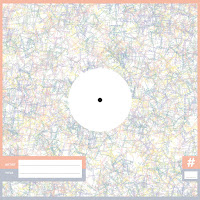 The Reed Trumpet is a singular work, one in which Snekkestad explores the textural possibilities of an instrument that most people have never even heard of. How much different is a reed trumpet from a regular one? Not much, I’d say - after all, it’s just a trumpet with a saxophone mouth-piece attached. There are some key differences, however: it’s raspier, more guttural and gravelly, and thus it carries some menacing undertones. Those differences aren’t enough to fool your average listener, though - it’s still easily identifiable as a trumpet. Snekkestad tries his best to extract alien textures and timbres from it, and he largely succeeds. Pieces like “Ninth” find him moving from sonorous, low-pitched shapes to the shriller tones that a trumpet is typically identified with. “Second” is a hushed, muted affair that occasionally bubbles up into pebbly rattles and murmurs, while “Third” is a somewhat straightforward track that brushes lightly against a myriad of light melodies before sinking into the abstractions of “Fourth.”