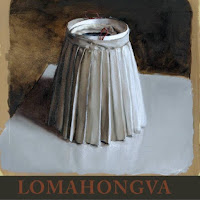 
From the Norwegian side the quartet feature trumpeter-vocalist Arve Henriksen, a founding member of Supersilent (when it was still an acoustic trio called Veslefrekk in the late nineties) and guitarist Stian Westerhus, who often performed with Supersilent. The Belgian side adds Jozef Dumoulin, a Fender Rhodes magician who transforms this vintage instrument into an infinite sound generator; and drummer Teun Verbruggen, who leads, among other outfits, The Bureau of Atomic Tourism, (BoAT) a sort of international jazz supergroup, featuring French guitarist Marc Ducret and American trumpeter Nate Wooley. All four adds electronics and live manipulations to their instrumental palette.


The tireless Verbruggen, who collaborates with Dumoulin in BoAT and recorded before with Henriksen (Black Swan, Rat, 2012) convened this quartet. The band name is borrowed from a composition of another Verbruggen experimental bands, Othin Spake (taken from Child Of Deception And Skill, RAT, 2008), that also featured Dumoulin. The title of the quartet debut album is a name in the Native-American Hopi language meaning ‘beautiful clouds arising’. An impressive, suggestive painting of renowned Belgian painter (and filmmaker) Michaël Borremans is used for the cover. Warped Dreamer debut album was recorded live during a short winter tour in Antwerp, Belgium, and released through Verbruggen independent label.


Already on the opening “Kenda” Warped Dreamer sketches a vast and colorful ocean of sounds - otherworldly, atmospheric noises, fractured-ceremonial pulse, distant-poetic trumpet, and deep-toned, resonating metallic guitar lines. Still, it all sounds organic, as if all four musicians navigate according to a mysterious, inner sonic compass, exploring shiny labyrinthine horizons and intense, terrifying storms. The joyful sense of exploring new sounds and texture, with the immediate need to charter new aural terrains is commanding. The following “Nahimana” is a minimalist, intricate sound poem that patiently structures a claustrophobic drama that may happen in some freezing landscapes. “Sahpooly” expands this claustrophobic vein, now from a more close angle, noisy and erratic, but suddenly dismantles the tension and shifts it into deep and clear ambient soundscapes. “Odahingum” goes even deeper, an almost silent texture that occasionally disturbed by otherworldly, manipulated and processed sounds, patiently suggesting an isolated, faraway, monochromatic scenery, pierced only by the emotional trumpet of Henriksen who drives the quartet into a gentle, optimist coda. The last “Tehya” builds again the tension, juggles with disparate, lost sounds from Warped Dreamer astronomic sonic puzzle, patiently structures its road-map. It is still a tense texture, even intense and furious, but rich and dense with foreign sounds, nuances and overlapping layers, until it consolidates and erupts with boundless energy.