Insula Music is a record shop (in the true, original sense of the word, i.e. vinyl) in downtown Copenhagen. The shop runs its own label - Insula Music/Insula Jazz, that releases limited-edition cassettes and vinyl of local free jazz and free-improvisation groups, often together with other labels who offer download options. 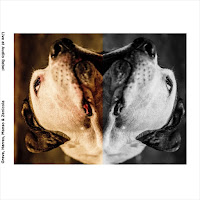 A first time, free improvised meeting is always unique. The elements of surprise, danger and the constant sense of treading uncharted territories are built into the setting. Such was the meeting between Danish reeds player Lars Greve, known from the popular Girls in Airports quintet but also from more experimental collaborations with bass player Peter Friis Nielsen and sax player Niels Lyhne Løkkegaard, with three musicians of the Brazilian experimental scene - guitarist Eduardo Manso, bass player Felipe Zenicola - both known from their collaboration with drummer Paal Nilssen-Love on Bota Fogo (Audio Rebel/PNL, 2014) - and drummer Thomas Harres. The four performed at the Audio Rebel studio-club-label-luthier shop in the beachfront part of Rio on December 2015.

The four musician connected immediately. On the first side, the meeting sounds as if Greve is drawn into the cathartic-noisy mayhem of the Brazilian musicians and submits to their refined Afro-Brazilian rhythmic patterns. But as the music progresses his role becomes more crucial and he charges the dynamic interplay a strong sense of contemplative abstract, sometimes even lyrical playing. The second side enjoys the already established interplay and now the four musicians experiment more with textures, rhythmic patterns and dynamics. The music changes fast from gentle and dreamy to wild and chaotic to abstract and sparse sonic searches, slowly gaining momentum towards the powerful-rhythmic coda. 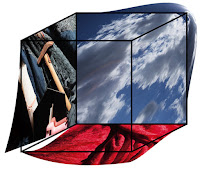 Yes Deer is a Scandinavian power trio featuring Danish-born, Sweden-based sax player Signe Dahlgreen, Norwegian guitarist Karl Bjorå, who plays in another Norwegian like-minded trio Brute Force, and Danish drummer Anders Vestergaard, known from his previous collaborations with pianists Jacob Anderskov and Kasper Staub and the power-noise duo Laser Nun. The trio was founded in 2010, aiming to engage "in the friction between intellect and libido, pre and post, collectivism and individualism."

Get Your Glitter Jacket is the sophomore release of the trio after The Talk of Tennis (Gaffer, 2014). Yes Deer's music is indeed libidinal, but in the most manic and brutal sense of the term. The trio unleashes its thunderous-chaotic, improvised attacks, noisy and dirty ones, from the first second and never looks back. The collective onslaughts sound as taking the explosive energy of seminal groups as Peter Brötzmann’s Last Exit, John Zorn’s Naked City and Napalm Death but raising it a few steps louder and noisier. The 34 minutes of Get Your Glitter Jacket offer concise strategies of cacophonic sonic meltdowns, but it feels as if the time passes in few seconds. Beware, later you will need few hours to balance your hearing with the so-called normal, daily sounds. 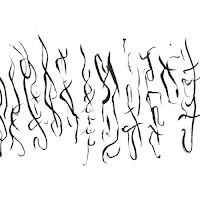 You need to understand the Danish language to fully appreciate Elving poetics (and, unfortunately, I don’t). Still, the four pieces on this double-cassette release emphasizes Elving unique manipulation of the Danish language syntax as he dissects it into a series of disjointed syllables. The three musicians wrap his dramatic, sometimes possessed delivery with busy and weird percussive sounds that accentuate Elving reciting. 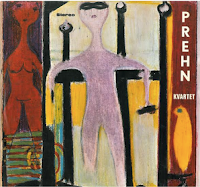 This legendary album is considered a milestone in the history of Danish jazz, a revolutionary album that shaped the local incarnation of free jazz. The quartet of pianist Tom Prehn with tenor sax player Fritz Krogh, double bass player Poul Ehlers and drummer Preben Vang began to work in 1963 in Aarhus, Denmark’s second largest city, far from the vibrant and updated jazz scene of Copenhagen. Maybe that distance enabled this quartet to develop a sound that was so far away from anything else, fully matured on this self-titled album, originally released in 1967.

This album was already re-released on the Unheard Music Series of the Atavistic label under the direction of John Corbett, who also re-released the quartet debut album Axiom, originally recorded in 1963 (Corbett vs. Dempsey, 2015). The new. remastered and vinyl-only edition (the debut by Danish label Centrifuga) features the original liner notes plus new ones by Danish jazz scholar Tim Thorlund Boisen and Danish pianist F.E. Denning and a collection of reviews from the time of the album release, one including that calls this “type of music” not exactly “Sunday morning coffee music choice”.

It is certainly my choice for a morning coffee, any day of the week. The music sounds today, almost fifty years its release, fresh and kicking. Denning summarizes it best: “The Quartet doesn’t sound like an imitation of John Coltrane, Cecil Taylor or Ornette Coleman. It sounds like all three at once. It takes the explosive energy of Coltrane, mixes it with abrupt avant-garde of Taylor and adds Coleman’s lyrical sense of melody”.
Paul on Wednesday, August 24, 2016
Share

Can't agree more with you about the Tom Prehn Kvartet release. Nice liner notes too!

Thanks for introducing a new label.
A minor quibble though - "Axiom" was never before released. Only two copies were pressed including the cover.
According the liner-notes of the CD the musicians weren't completely content with the music anymore so the label finally dropped the release.

Another quibble---"vinyls" is not the plural of "vinyl"!!

Ernst: thank for the note on the release of Axiom. I recall this was a point of clarification when we reviewed it a little while back too. I've changed this now to read "recorded in 1963".

Another note on the Kvartet release, to recap a comment from the label:

"We where lucky to get the original mothers from the bassplayer, so this release is as near as you can get to the original, since none of the mastertapes exists.
You can buy it at http://rillbar.dk/en/katalog/tom-prehn-kvartet/st, or through https://www.discogs.com/Tom-Prehn-Kvartet-Tom-Prehn-Kvartet/release/8361589."


Anonymous: 'vinyls' has been fixed. Like the term 'musics', which always seems weird, this too seemed weird, but not entirely wrong. I suppose though one is more correct than the other.