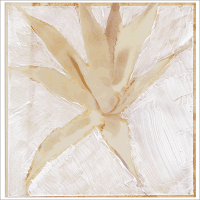 Belgian guitarist Karl Van Deun was one of the most influential teachers of guitarist Ruben Machtelinckx at The Royal Conservatory of Antwerp. Van Deun was active in local Belgian scene in the late eighties and early nineties, played with Mal Waldron, Philip Catherine among many others, but was forced to retire from performing due to hearing problems. Machtelinckx is a member of the Linus duo that recently released a beautiful album with Norwegian violinist Nils Økland. Van Deun and Machtelinckx released their first duo album, Ask Me - Don’t Ask Me, two years ago (El Negocito, 2014), and Shapes continues its acoustic, intimate vein.

Most of the compositions were written by Van Deun after his retirement from performances, all highlight his rich language and his versatility. The pastoral music is rooted in classical music for guitar, suggesting well-crafted and clear structures, but incorporating diverse elements from jazz (including a moving tribute to American guitarist Michael Gregory Jackson), folk, country-blues and even hints of nuveo-tango (on “Astor Zolla”) and even abstract experimentalism. The impressive vocabulary of both Van Deun and Machtelinckx, their emphatic and playful interplay and the straightforward approach emphasize the immediate, emotional impact of the concise compositions. Often this approach enables both to introduce more nuanced complex themes. Simply beautiful and touching.