Free Mathematician in the Kingdom of Absurdity 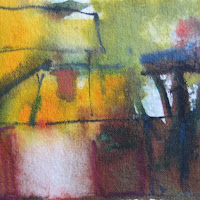 Zach Darrup was playing in a Philadelphia rock band, tired of being the only member to veer wildly off course.  Enter Philly's “Johnny Appleseed of Free Improvisation,” Jack Wright.  Wright is apparently finished with anything even remotely resembling notated music.  Music exists primarily on a sonic plane for Jack (and presumably Zach), involving the infinite possibilities of time, space and sound.

Given that fact, it appears Wright's music has more elements in common with the majority of European improvisers than with their jazz-based American brethren.  But Wright himself is as American as Thoreau, wearing a proud badge of rugged intellectual and spiritual individualism on his sleeve.  Jack is a giant example of a man forging his own path and completely rejecting anything that to his mind whiffs of bullshit.  Now in his mid-70s, he's touring with like-minded souls for any audience willing to take a chance on something new, involving elements of chance, while crashing on couches and floors like someone fifty years his junior.  The man is a marvel and an inspiration to those fortunate enough to cross his path.

His dialogues here with Darrup do feature elements of the Derek Bailey / Evan Parker school, but with even more open possibilities – if you can imagine that.  Darrup yanks strings away from his instrument.  Objects are rubbed up against strings or slammed against the guitar.  Silence is created as much by the duo as it is created by itself.  Try that trick someday.

Jack's playing here is short, sharp, staccato.  He pops and blows, propelling further possibilities into every resolution.  In the creation of this music – as I believe is the case with all of his music – Wright is looking to forge a collaborative experience and a music that can never be reproduced.  He is most interested in having a conversation in a language that is being invented on the fly.  In English, Wright describes it like this: “If music isn't problematic, then what's the point?” 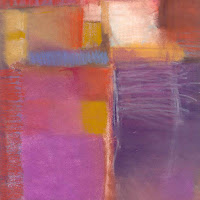 Any resolve in Jack Wright's music carries further possibilities along with it.  It's why his music moves continuously forward – and never seems to have an ending.  Ron Stabinsky's day job is as the pianist in Mostly Other People Do The Killing – and here he joins Wright on piano, trumpet and “objects”.  Here Stabinsky is given complete freedom to play as “out” as possible – and he leaps at the opportunity.  For his part, Wright goes even farther out than on the Meet & Greet recording, creating a total sound object of the saxophone.

Stabinsky's treated piano is all over the map, sounding like a hive of bees - or giant springs being pounded against car parts - while Jack grumbles and farts responses that almost generate actual stink from the speakers.  The sounds and pops that are a Jack trademark are met with often beautifully  incomprehensible responses from Stabinsky.  The dialogue is often quiet, thoughtful; and if a concept like “free math” has never existed, please consider this recording to be a proposal.  Logic is a crucial component of these conversations; but to pin the particulars down in any exact measurement would be futile.

Have you ever experienced an epiphany that all is somehow naturally perfect and you'd simply been looking too hard for answers?  Perhaps a moment when birdsong, traffic, wind – the sounds of the natural world colliding with man-made “progress” - all sound somehow divinely composed?  I'm not going to so far as to say “free math” could be the finger pointing to some universal truth; but it's certainly more interesting than any conceptual system I've encountered. 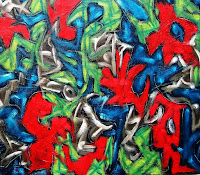 Given this setting, I suppose Teitelbaum comparisons go with the territory for synth player Joel Kromer.  It's an obvious reference but not entirely fair, as Kromer has his own particular arsenal of sounds at his command.  “This Is Where You Get Off” draws less from dadaism than the Stabinsky recording, veering more in the direction of Italian futurism while retaining the humor and absurdity of both.  Recommended to fans of Instant Composers Pool, Captain Beefheart, and the Boredoms.  All play and no work make Jack a fun boy.

Cho inserts melodic lines on occasion that are almost protest-like, straining the spike out of the punch.  The principles of free math are applied here, but only after a few too many drinks.  The long opening track is definitely dinner and drinks at Uncle Jack's; while the post-script of the second and final track, “therefore,” sounds like the darker aftermath.  The hangover.  Jack growls and screams; apocalyptic drones howl.  What was once hilarious turns frightening.  Timely, I'd say.