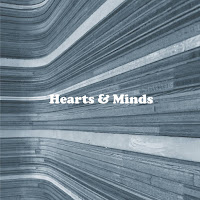 Now slow down the intensity and speed of the opener & spread its parts out over the length of an entire album and here's what you get:  Giallorenzo's keyboard bass lines plodding stiffly straight outta vintage Sun Ra.  Jason Stein's playing is suddenly reminiscent of John Gilmore, although that probably has more to do with me – and Giallorenzo – projecting that onto him than anything else.  Frank Rosaly alternately swings and jerks the rhythm in the way that only Frank does.  Giallorenzo changes textures as often as Rosaly changes rhythms.  And I'll be damned if Stein's tone doesn't keep getting grittier and smoother at the same time.

Prog-rock also rears its ugly head in the best possible way, with a Soft Machine-style melody at the root of “Streaming,” on which Giallorenzo also keeps a vintage Alice Coltrane sounding bass line moving the whole thing along.  Stein takes a solo here that is highly melodic, while also exuding a natural masculine roughness.  There is also a track called “Nick Masonry” whose second half features a melody that sounds like it came straight from the Gong songbook.  And more of Soft Machine's melodic sense is found on the closer “Old Balance”.

The band draws from a wealth of diverse sources and the combination of these elements is perfectly balanced.  Highly recommended.