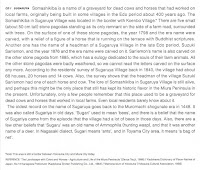 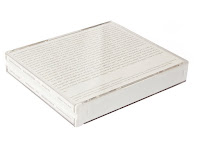 The recordings contained in Somashikiba – arranged in two CDs for a total of 146 minutes – were collected by Toshiya Tsunoda from 2010 to 2015 in the areas of Sugaruya and Hakkeibara, in the Miura Peninsula of Kanagawa prefecture in Japan. This is field recording in its purest sense: an objective aural documentation of a determinate environment. There’s no layering of different sounds to enrich the available palette, no editing to create a certain narrative within the resulting soundscapes. The purpose is to present the listener an aural painting of those regions – Tsunoda has a background in visual arts and the idea of landscape is central to his work – preserving their natural sounds in a suspended time frame that can be re-experienced at will. The contradiction inherent in this idea – how much the representation is actually faithful to the reality it tries to depict? How much can a partial portrait testify of its subject? – is the starting point for an investigation on subjective perception and the objective documentation of natural sounds, the inevitable choices operated by the recordist further complicated by purely technical aspects of equipment and sound fidelity. Besides more traditional panoramic techniques, Tsunoda also employs contact microphones to capture certain vibrational activities that would otherwise be lost, magnifying aspects of the environment that couldn't easily be experienced live, further questioning the supposed objectiveness of these “documents”.

The tension between detached observation and compositional awareness is evident in the first track, “Inside of a duct by the roadside”, where the low rumble of the duct interior has such a richness in details and dynamics, and such a transparent dramatic development, that it sounds like carefully controlled, synthetically generated electronics. As the record progresses, though, it's clear that the tendency to superimpose a musical logic to these ambience sounds is actually limiting their potential. Tsunoda cleverly plays with the listener’s natural expectations by limiting in length the most expressive episodes, like the narrative vignette of “Sightseeing boat passing, Toriya”, a little more than three minutes of water sounds and the low volume drone of a boat’s motor, interspersed with singing birds and a distant, unintelligible voice; or the two minutes of obsessive rhythm loops of “Windmill tower, Miyagawa park”. While the longest tracks, like the thirty five minutes long rural panorama of “Ambience, Koenbo”, or the almost twenty minutes of insects noises of “On The Boundary Between Two Villages, Shimogochi”, are textbooks of deep listening aesthetics, presenting seemingly motionless soundscapes that on closer inspection literally burst with activity, suggesting different ways to look at musical conventions and recalibrating the listener’s ear in an unusual, complex, and completely natural, listening experience.
Paul on Friday, March 31, 2017
Share