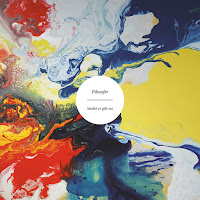 'Planet earth is about to be recycled ... your only choice to survive is to leave with us,' so says the omnipotent voice that begins 'vi er universitet'. A loopish sequence of plucked strings follows, sounds rise and fall, explosions, synthetic drum beats, and waves of electronic noise. Short phrases repeat and layer, and a Celtic-like drone appears as the sound accretion becomes music drawn from the sonic chaos. Soon, the layers whip to a frenzy, then break down, and a sample of a woman's wailing voice raises the tension. The sounds of the strings and the synth blend into one and give way to electronic chirps and eventually a melodic refrain. Next track, 'den end i forandering' takes a more rhythmic approach, the percussive sounds conjure a hypnotic beat that cuts through dissonant drones, pointed attacks, and spiritual imbued singing, until finally dissolving into a dark refrain from the piano. 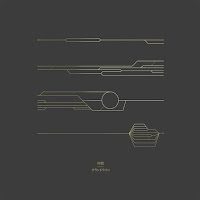 While Nakama shares some of the same players as Filosofer, namely violinist Waade and bassist Svendsen, the opening 'plink' of the piano signals a much different sound. Replacing the electronics and sampling with piano and drums, the approach is more traditional in some sense, but in the same instance, unique in its musical combinations.

On the long opening track, 'Doremigo + Taiko', The strings generate a buzz while the piano plays an elliptical theme that underpins the following 30 minutes of music, in some shape or form. The drums play the parts of rhythmic driver and musical partner in reacting to both the set forms and spontaneous ideas. As the track unfolds, the instruments change roles, overlap in sound, and trade off lines in a seemingly effortless flow. 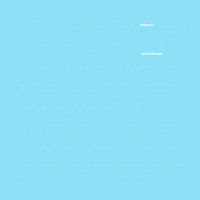 Most Intimate came out at the tail end of 2016, in the same busy year for Svendsen as Grand Line. The album is certainly a continuation of the lithe and effective work they began on the previous album, but a more assured urgency drives the music on Most Intimate as the group explores with acoustic intimacy. Opening track 'Intimate' is a quiet but insistent greeting, the strings gently demand action, while the piano tried to calm things down. We then proceed into the cycle of 'Dedication I', 'Gratification I', and 'Unification I', a pattern that repeats itself four times until finally reaching the resolute calm of 'Most Intimate'.

'Dedication I' is forlorn and longing, a melody is eeked out of the violin, lost in a percussion-less haze of melancholy. 'Gratitude I' is an exploration of textures on a solo instrument, this time the drums, and 'Unification I' see the group together in a free improvisation that slowly conceals. Each time through the cycle, the intensity ratchets up a bit and the instrumental combination of change.
A truly beautiful and exploratory album from a fascinating group.