Orenda Records: 3 Years and Counting - In the Studio 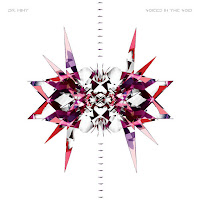 The latest from DR. MiNT marks another step forward in their ongoing experiment with instant composing and fusion-inspired jazz. Now in their tenth year as a band, the bi-coastal quintet consists of trumpeter Daniel Rosenboom, saxophonist Gavin Templeton, and guitarist Alexander Noice from LA, and bassist Sam Minaie and drummer Caleb Dolister from NYC. Voices In the Void was recorded over two days during the summer of 2016 and reflects a science-fiction optimism in a boundless future. Minaie and Dolister’s interlocking rhythms and Noice’s spacious guitar present a funky, futuristic canvas for Rosenboom and Templeton’s bright, melodic improvisations. In a close listen, you can hear the different ways each member of the quintet is both responding to and urging on every other player. Running just over half an hour, Voices In the Void is a brisk, addictive entry in DR. MiNT’s catalog of space-time explorations, revealing its many connected ideas upon repeat listens.

Available on Bandcamp (in digital and red vinyl edition) 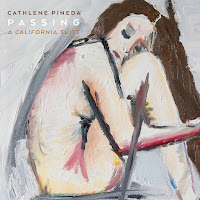 A brief suite, running about 30 minutes total, Passing is Cathlene Pineda’s second quartet album for Orenda. Supported by bassist David Tranchina and drummer Paul Kikuchi, Pineda again paired her piano with Kris Tiner’s expressive trumpet. The two move in unison throughout the record, reflecting on the poetry of Eloise Klein-Healy, the City of Los Angeles’s first-ever poet laureate. The suite, commissioned by the Los Angeles Jazz Society for the Angel City Jazz Festival, is saturated with a California aesthetic that’s not often heard on LA-centric albums. A relaxed and open atmosphere hints at the complex beauty of the city, and Passing plays as both a tribute and elegy. Maybe it’s the coastal association and similar voicing, but Pineda’s quartet reminded me somewhat of Myra Melford’s The Same River, Twice ensemble. She has a similar knack for wringing a great deal of emotion from light gestures. 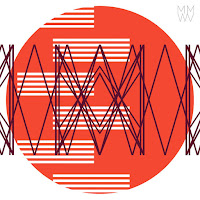 Known for the avant-punk of Falsetto Teeth and his sextet, both driven by his incredible guitar work, Noice’s solo debut goes in practically every direction I never expected. Music Made With Voices is exactly that, an album crafted from a single note sung by eight people. The notes were then chopped, screwed, twisted, and processed in every conceivable way to create a set of sonic portraits. Each track is named for, and comprised solely of, one person: Karina Kallas, Frank Noice, Masatoshi Sato, Ihui Wu, Dorian Wood, Argenta Walther, Charlyne Yi, and Noice, himself. Throughout the song cycle, Noice infuses areas of the different works with suggestions of breath, beating hearts, and firing synapses. That the cast is made up of friends and family gives the music an underlying intimacy that grounds this experimental work. 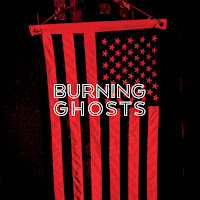 Recorded in mid-2015 with a focus on contemporary issues like racism and economic inequality, Burning Ghosts’s debut has only become more vital and necessary in 2017. A new quartet, led by Rosenboom, and featuring Jake Vossler on guitar, Richard Giddens on upright bass, and Aaron McLendon on drums. The performance is less electro-acoustic and more metal-jazz. Giddens and McLendon pivot effortlessly from swing to thrash, and Vossler’s guitar playing is phenomenally expressive (he and McLendon also have a fierce duo album, Versus). And Rosenboom is, simply put, one of the best trumpet players alive right now. He can play seemingly any style, and no matter the band or project, his passion for justice and creative expression shine through. As with DR. MiNT, this group feels very much like a collaboration, albeit one that’s driven by Rosenboom’s personal vision. Burning Ghosts’s follow-up is due out on Tzadik’s Spotlight series later this year, which, if nothing I’ve written here swayed you, should be recommendation enough.