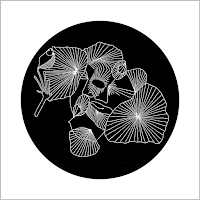 Listening to GRID, it doesn’t take long to conclude that the album’s namesake structure is a pretty poor descriptor of its musical content, almost to the point of irony. Captured live at Seizures Palace in Brooklyn, these four tracks are built of treacherously shifting layers of sludge, a hellish quicksand of shadowy subterranean tones, temperamental feedback, and tumbling drums unbeholden to any points of reference. Instead, it’s as if the trio—Matt Nelson on saxophone, Tim Dahl on bass, and Nick Podgurski on drums—had set out to repurpose the word “grid,” strip it of its conventional associations and down to some essential onomatopoeia. “GRID”: whatever it is, it doesn’t sound pleasant.

Whether the music itself sounds pleasant is another question, though there’s a reason “doom jazz” has stuck as the go-to shorthand for explaining GRID to would-be listeners. The album opens on a toxic dawn, with electronic static and swampy bubbles of bass cut with saxophone (and/or bass?) so processed it sounds like Hendrix at the limits. As “(+_+)”—as the piece is called—develops, Podgurski sustains what might be termed a free groove, drawing on all the expected gestures but keeping them unpredictably disjointed and thus full of tension, abusing the connective tissue between one stroke and the next. As a whole, the trio dismisses recognizable chops in favor of slow-moving accumulations of harsh textures and defamiliarized sounds. Although Dahl explains that “there was never a concept discussed before we started playing,” GRID displays a dogged consistency across its suite of four tracks. So while in the details the music sounds completely improvised and ready to grind apart at any moment, in the broader view it takes on an easier-to-digest and simpler-to-summarize single-minded quality, whether you label it “doom jazz” or something else.

Just as GRID may be a misleading title for this music, the album’s personnel list is another source of confounded expectations, once you hear the sounds coming out of your speakers. For one thing, it’s impressive to hear just three musicians produce so much noise. For another, it’s impressive to hear these three musicians produce the noise they do on their chosen instruments—with the help, to be fair, of electronic processing and pedal effects. We’ve heard Dahl push the boundaries of the bass with his huge sound before; on GRID he attacks from both sides, high and low. But Nelson’s sound pays even less respect to conventional assumptions. No one would blame an unsuspecting listener for going all of GRID’s 38 minutes mistaking Nelson’s saxophone for a guitar. Only here and there, for example the middle of “(-_-),” if you listen closely, can you trace what you’re hearing directly back to the familiar reed instrument. In that way, Nelson’s playing is like the album as a whole—there’s a tether to the known, but it’s disfigured from fraying.