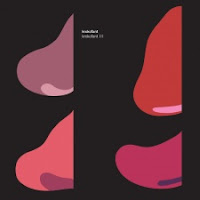 When it comes to scuffed-up, rock-infused jazz, it doesn’t get much better than Norway’s Krokofant. Existing at the decidedly narrow intersection where instrumental prowess, compositional complexity, and sheer heaviness meet, Krokofant are yet another entry in the long line of recent Scandinavian groups who have been breathing new life into, and occasionally hammering the hell out of, contemporary jazz. Their last two albums, 2014’s self-titled and 2015’s II, saw the group boasting an absolutely monolithic sound, but never at the expense of tight interplay and intricate, often dizzyingly fast, melodies. The somewhat improbable part is that all of that was produced by a trio - as such, there was never a feeling of overindulgence or of having “too much going on.” On each record, the band said exactly what they needed to. Not a note more.

On their latest recording, predictably entitled III, Krokofant stick to that familiar, no-frills approach, but not without throwing us some interesting curve-balls. One of the first of those curve-balls is provided right from the start: Jørgen Mathisen, whose energetic, breakneck saxophone lines have been present from the group’s inception, here utilizes a synth that can only be described as “rotund” - while Krokofant have always reveled in the riotous and unrestrained, Mathisen’s synth lends the group an aura of sinister, unhinged funkadelia (just imagine the fusion records of Herbie Hancock and Miles Davis, with a splash of punk vitriol). Aside from Mathisen, the other members of Krokofant are as exceptional as ever; on “Clazz,” witness guitarist Tom Hasslan’s bluesy, winding riffs - as they spiral in and out of melodic shapes and become increasingly distorted, drummer Axel Skalstad maintains a beat that, despite its lightfooted complexity, is dense and muscular.

On “Juice,” Skalstad lays out a sinuous, dancy rhythm that acts as the perfect support for Hasslan’s grimy stabs. Meanwhile, Mathisen truly goes off the rails, his saxophone bleating and threading through the piece in psychotic spurts. “Double Dad” finds each member coloring outside of the lines within which they normally find themselves: Mathisen’s synth and sax somehow become twin barrels, red-hot and carnivalesque in their bouncing melodicism. Hasslan, for his part, toys with various effects throughout the piece, but always eventually returns to his (admittedly virtuosic) grinding rock riffs and incendiary solos. The final track, “Wrong Turn,” is not a wrong turn at all, but an explosive end-piece that references stoner-rock with its narcotized synths and reverb-laden guitars.

Krokofant III is yet another fantastic entry in the discography of a group that, to my ears, keep getting better and better. If you’ve always wondered what expansive, Sabbath-indebted grooves would sound like married to the intensity and adventurousness of free jazz, be sure to check this one out.
Paul on Wednesday, May 10, 2017
Share