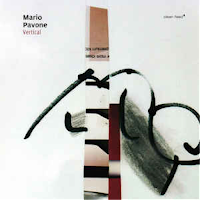 A reunion record of sorts, with bass legend Mario Pavone getting together with some long-time colleagues of old in a sextet format. And the results are predictably excellent: multiple horn parts giving life to Pavone’s thorny compositions, a strong yet occasionally unpredictable rhythmic current, and superb musicianship throughout.

Pavone was quite fond of medium-sized groups on his early records as a leader: sextets, septets, and octets were commonplace. And a number of the personnel here are veterans of those albums, specifically drummer Michael Sarin, saxophonist Tony Malaby, and trombonist Peter McEachern. Trumpeter Dave Ballou is a more recent partner, having played on Pavone’s 2014 release Street Songs; and clarinetist Oscar Noriega is only now joining Pavone on record for the first time. It’s a wonderful ensemble, in any event, and it marks a departure from most of Pavone’s recordings during the last several years, as with the exception of Street Songs, he’s been working heavily in a piano-trio format. To be sure, they’ve been some outstanding piano trios: when your recent resume entries include outings with colleagues like Craig Taborn and Gerald Cleaver (Arc Trio, from 2013) and Matt Mitchell and Tyshawn Sorey (Blue Dialect, from 2015), you know you’re at the top of the heap. But it’s a treat to hear Pavone returning to the larger group context in which so many of his excellent records, like Song For (Septet) (1993), Dancers Tales (1997), and Deez to Blues (2005) were made.

One crucial difference here from those earlier records, however, is the absence of a pianist. On almost all of his medium and smaller-group projects, pianists (especially Peter Madsen, a ubiquitous presence on lots of Pavone records) were there to complement Pavone’s lyrical side, enhancing the accessibility of Pavone’s catchy but sometimes challenging compositions. Without that role in this group, Pavone’s pieces are somewhat less immediately satisfying; they take a bit more work to grab ahold of. But while the pleasures of the music aren’t as quickly forthcoming, there are still some fine moments of collective music-making on this record.

Pavone’s skill at harnessing the strengths of his partners has always been a hallmark of his music, and it’s certainly evident here. Ballou should get a good deal of the credit in this regard, as he’s listed as the primary arranger on these eleven cuts.   His charts utilize the four-horn format splendidly, with interweaving parts that set up intriguing harmonies and rhythmic nuances. The compositions are also nice and compact, with no meandering: most clock in at around 5-6 minutes, rendering solo statements potent and focused. Even so, there’s an open feel to much of the music, as Pavone allows space for spontaneity as well. Especially memorable tracks are “Suitcase in Savannah,” where Sarin’s and Pavone’s airtight rapport sustain an intricate groove that supports feisty soloing from Ballou and Malaby; “Cube Code,” a catchy piece that features some riveting mutual improvisation between Ballou and Noriega; “Start Oval,” an irresistible track built around a sinuous ostinato phrase that will definitely get the toes tapping; and the closer, “Voice Oval,” which gives all four horns some room for stimulating group improvisation.

All in all, a welcome and highly worthy addition to Pavone’s substantial catalog of impressive mid-sized group recordings.
Paul on Friday, August 11, 2017
Share