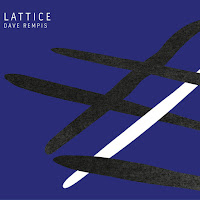 
After performing and recording for about twenty years, prolific Chicagoan sax player Dave Rempis felt that the time is ripe to put out his first solo recording. Rempis - known from the Ballister Trio, Rempis Percussion Quartet and his ongoing collaboration with trumpeter Nate Wooley and drummer Frank Rosaly, already performed solo in different engagements in Chicago and during past European tours but only earlier this year he decided to focus on the art of solo sax improvisation. In February and later on in April and May, 2017, he began a massive journey across the United States, performing thirty-one solo concerts in twenty-seven different cities. This demanding odyssey enabled him a unique opportunity to delve methodically, night after night, into his own strategies, techniques and language as a solo improviser.


Lattice, the product of his extensive tour and the 14th album on his own label, frames Rempis aesthetics within the great legacy of solo sax improvisations. Rempis acknowledges the seminal influence of sax greats Coleman Hawkins and Eric Dolphy and of innovative, living master as Anthony Braxton, Steve Lacy, Evan Parker, Joe McPhee, Ab Baars, and Mats Gustafsson. The recording, culled from several live performance from the latter half of the second leg of this solo journey, offer multiple perspectives for playing solo - on the alto, tenor and baritone saxes. Altogether these improvisations sketch an informal, yet complex artistic network in Rempis - and the listener - mind, a lattice.


The opening improvisation, Billy Strayhorn’s classic “A Flower Is A Lovesome Thing” anchors Rempis' love for the American jazz. Rempis' gentle, contemplative interpretation expands the strong melodic core, abstracted in a series of a ethereal vocalizations, whispering and singing the melody like a human vocalist. The following improvisation, “Loose Snus”, suggests a sheer physical approach, focused on different aspects of discipline, control and structure, spiced with sudden, incidental references to Rempis' Greek heritage, bursting out in a concise flow of multiphonics. The baritone solo, “If You Get Lost In Santa Paula”, follows Gustafsson's intense, uncompromising approach, yet, again, eventually leaps to a twisted Greek dance. “Linger Longer” offers a playful strategy, developed through melodic and rhythmic repetitions. “Linger Longer” is the most complex improvisation, a free-associative exploration of the baritone sax raw sonic spectrum within the space, that, again, plays with a twisted Greek theme. Lattice is concluded with a soulful interpretation of Dolphy’s “Serene”. Here Rempis finds new possibilities, nuances and depth in the achingly beautiful theme.


More of this solo stuff, please.


Listen to an interview with David Rempis here.