The Lands of the Electric Ladys

Five exceptional, experimental female improvisers (plus one male improviser) - The Berlin and Vienna-based quartet The Elks and the Oslo-based duo Propan, offer new intriguing approaches to integrating electronics into the field of minimalist, free improvisations. 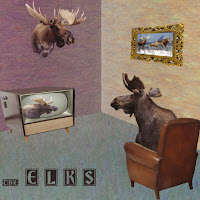 The Elks insert their dirty antlers into some deep, hidden regions of your consciousness, offering in return a sonic trip to some troubling yet mind-opening terrains. These Elks embrace an independent DIY aesthetics when it comes to the audio and visual experience. Abandon all conventions, common techniques, even typical instruments, and never play easy-to-decipher sounds or narratives. Welcome the strange, careless and the clueless, but in The Elks own elegant and very expressive way.

The Elks unite four busy improvisers from the Berlin and Vienna experimental scenes - American trumpeter Liz Allbee, who adds here some sonic preparations and often likes to extend her palette of sounds with everyday objects, and high and low technologies, a member of the Berlin-based Splitter Orchester; Italian Marta Zapparoli that plays here on tapes, reel-to-reel tape machine and devices, and usually works with radical technology, another member of the Splitter Orchester; Austrian audio-visual artist Billy Roisz plays here on electronics and e-bass. Roisz works with video feedback and audiovisual interactivity exploring the ways sound and image coalesce to form a sprawling experience; and German clarinetist Kai Fagaschinski, who plays in The International Nothing duo and the Splitter Orchester.

This Is Not The Ant is the quartet's second release after the self-produced, limited-edition of 100 cassette, Bat English (2017), that offered live recordings from the 2016 edition of the Konfrontationen festival in Nickelsdorf and later that year in the Cave 12 in Geneva. Both releases reflect The Elks DIY aesthetics. Roisz did the photo collage for the cover, Allbee completed the artwork, Fagaschinski contributed the typing, cutting and gluing and all four mixed the recording, captured in Berlin in April 2014.

Each of the four pieces suggests a different imaginary, dream-like journey. “Gremlins In Space” sounds like the Gremlins mother-ship was lost in some deserted place in deep space, but still communicates its whereabouts to some friendly travelers. “Noise For Slugs” has an elusive, seductive pulse, hidden beneath delicate, unintelligible calls of alien birds. “Oceanic Bathtube” may be the sonic equivalent for a free dive with fast-talking whales. The last, “Scuba Diving Elephants”, sound as if The Elks traded their antlers with elephants trunks, later modified these trunks as otherworldly, meditative and deep-toned wind instruments. 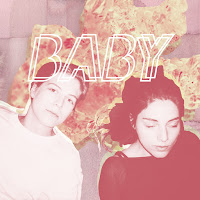 Baby suggests that The Elks’ hyperactive, spacey gremlins have returned to planet Earth, eager to share their colorful experiences. Baby is the long-anticipated, debut album of the Oslo-based Propan - vocal artists Ina Sagstuen and Natali Abrahamsen Garner, released after a long gestation that lasted almost three years. Sagstuen and Garner have been active in the vibrant Norwegian improv scene in the last decade. Sagstuen sang in the art-rock group Karokh, in the singer-songwriter duo GIRL (with Monkey Pilot and Ich Bin N!ntendo’s guitarist Christian Skår Winther) and with the free-improv ensemble Skadedyr. Garner performed with the improv groups Juxtaposition and Antler. Both participated in vocalist Susanna Wallumrød’s Hieronymus Bosch-inspired, Brotherhood of Our Lady cycle of songs performances.

Sagstuen and Garner have developed the distinct aesthetics of Propan since 2012, melding their vocals with electronics and vice versa, until it is impossible to differentiate the individual voices from the electronics. Propan has performed countless times in Norway, Europe, Japan and United States. Baby was distilled from almost seven hours of materials recorded in 2014. Propan have gone through a tasking introspective process of cutting and mixing it to 13 pieces, insisting on incorporating pop elements into these pieces, though quite wicked and weird ones. Producer Erlend Elvesveen, who have produced many albums of local alternative groups, helped Propan to to reach the final mixes.

Propan offer an arresting deconstruction of the human voice. The feminine voices are extended, manipulated by different effects, becoming an unintelligible, alien lingo. Still these voices radiate nuanced stories and textures, sometimes even playful ones in their own weird, noisy way. The 13 pieces suggest a spectrum of emotional state-of-minds - wild and chaotic on “Tizz Ditzz”, seductive on “Indisk Badeball”, quiet, hymn-like trance “Strekk med tekst”, ironic on the peaceful “Marching Song” and funny with its choir of chatting gremlins on “Jippi Woopi”. Unlike its name, Propan aesthetics are far from being volatile. On the contrary, it is much more optimistic and shiny than the dark one of The Elks.