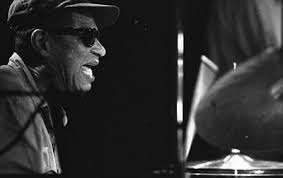 In an interview with Dan Warburton from November 2000 Sunny Murray said: “I'm 64 now, and if it takes me till I'm 94 I'm going to continue to play and try for the new generation to hear me. (…) For me it's like the Mona Lisa painting in the Louvre, there's a million prints but you have to go to the Louvre to see the Mona Lisa. That's how I feel about me and all the other drummers. OK, they listen to Max as the father of bebop, to Elvin the father of swing, but when it comes to avant-garde there's no father figure ... When I go to New York (…) I feel totally excluded. (…) The young cats look at me kinda strange, like I don't exist. But I'm there. And when I play they know I exist.“ Now Sunny Murray, possibly the most important innovator in avant-garde percussion, passed away in a care facility in Paris.

Murray played and recorded with almost all important free jazz musicians but most of all two names are associated with his work: The first one is Cecil Taylor, who widened his musical horizon when Murray came to New York in the late 1950s. After experimenting and practising for one year he followed Taylor and Jimmy Lyons to Denmark. At that time Murray developed a more open drumming concept, and when they recorded Nefertiti, the Beautiful One Has Come at the Cafe Montmartre in 1962, which was only released in 1965, it was like an early “indication of the existence of such a revolutionary approach to rhythm“ (Valerie Wilmer). The second important name is Albert Ayler. Also in 1965, Albert Ayler’s Spiritual Unity came out, an album that set new standards as to drumming because here Murray consequently neglected the drummer's traditional role as timekeeper in favor of textural playing and sound exploring. His aim was to free the soloist completely from the restrictions of time, so that he can follow his own ideas more independently. Especially his ringing stickwork on the edge of the cymbals and his fierce barrage on the snare became characteristic of his style. Murray worked a lot with Ayler’s ensembles (on Ghosts, Spirits’s Rejoice, New York Eye And Ear Control, The Hilversum Sessions and on European Radio Studio Recordings 1964, an album we incidentally just reviewed yesterday), but he also released great albums under his own name, like Sonny’s Time Now (with Ayler on sax, Don Cherry on trumpet and Henry Grimes on bass). At the beginning of his career Murray’s name is mainly connected with the ESP label, but when he moved to France in the late 1960s, he often recorded for BYG Actuel. Among these albums are lots of wonderful gems like An Even Break (Never Give A Sucker) or Sunshine / Hommage To Africa. In 2008 Antoine Prum made a documentary about his life, you can watch it here. Even late in his life he didn’t stop making wonderful music, for example in his trio with Tony Bevan (sax) and John Edwards (bass).

One of my all-time-favorite free jazz recordings is Murray’s self-titled ESP album from 1966, a sheer explosion of sound and energy propelled by this powerhouse behind the drums. Farewell, Sunny Murray, you will surely be missed, for the free jazz community you will always exist. The new generation has always heard you.

If you want to see what sunny Murray was capable of even at the age of 63, watch this excerpt from a duo set with Arthur Doyle.
Paul on Sunday, December 10, 2017
Share