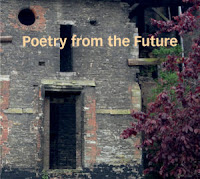 To Be Continued is a quartet composed of experienced musicians of the New York City improvised music scene. Each musician here is very talented, but upon a review of the personnel, the instrument that will catch the most eyes is the unconventional inclusion of a bassoon, expertly played by Claire de Brunner, a former student of jazz great Lee Konitz. She is joined by Carol Leibowitz, a veteran pianist who is just as versatile in the harsh as she is in the sublime. Daniel Carter shows his range, performing on alto, tenor and soprano saxophones, flute, trumpet and clarinet. The quartet is rounded out by Kevin Norton, whose gorgeous vibraphone, skilled drumming and other percussion, although often used more sparingly than the other instruments, are integral to some of the best moments on the record.

Poetry From The Future is To Be Continued’s debut record. The album, which was recorded in a single session, is an exercise of collective improvisation. The quartet could be described four poets in a skillful freestyle where, despite the fact that at times it might feel a bit ambiguous or even chaotic, one can tell that they are all adept in listening and reacting to each other. The group is leaderless - although sometimes it may seem that one member is taking the spotlight, another is almost always initiating a dialogue, or in some cases a battle, and these conversations can be quite interesting. Even though those who long for traditional structure will be left wanting, the album can be enchanting. At its best, Poetry From The Future is ethereal and immersive avant-garde jazz fit to soundtrack a cinematic walk through a dark, mysterious forest, where the protagonists are never quite sure what they are going to run into.

The album starts strongly, with the ethereal “Invisible Colors” being one of the standout tracks. It begins with Liebowitz having a sparse conversation with Norton, whose sound shimmers throughout the track on various percussive instruments, mallet based and drum-set. Within the first 30 seconds, de Brunner joins the exchange and is swiftly followed by the Carter’s understated flute. The tone of the bassoon immediately stands out, with some particularly beautiful moments of it reacting to a flurry of notes from the piano in the final portion of the track.

The closer, “River Run”, is on the opposite side of mood-spectrum relative to the dreamy opener, but is no less satisfying. It begins with an intriguing piano and sax duet, but the highlight here may be what happens after - a great exercise in tension building by Leibowitz and Norton, who gives a great performance here on drums. “For All Times” is another album highlight, with the elongated notes of Carter’s subtle trumpet being a great partner to de Brunner’s relatively less restrained bassoon. Leibowitz’s playing starts out aggressive and moves to light handed and graceful as the track goes on and Norton provides some brilliant vibraphone and drum-brush backing for the band. Overall, To Be Continued is a well played experiment - a record to lose oneself in when in the right state of mind.