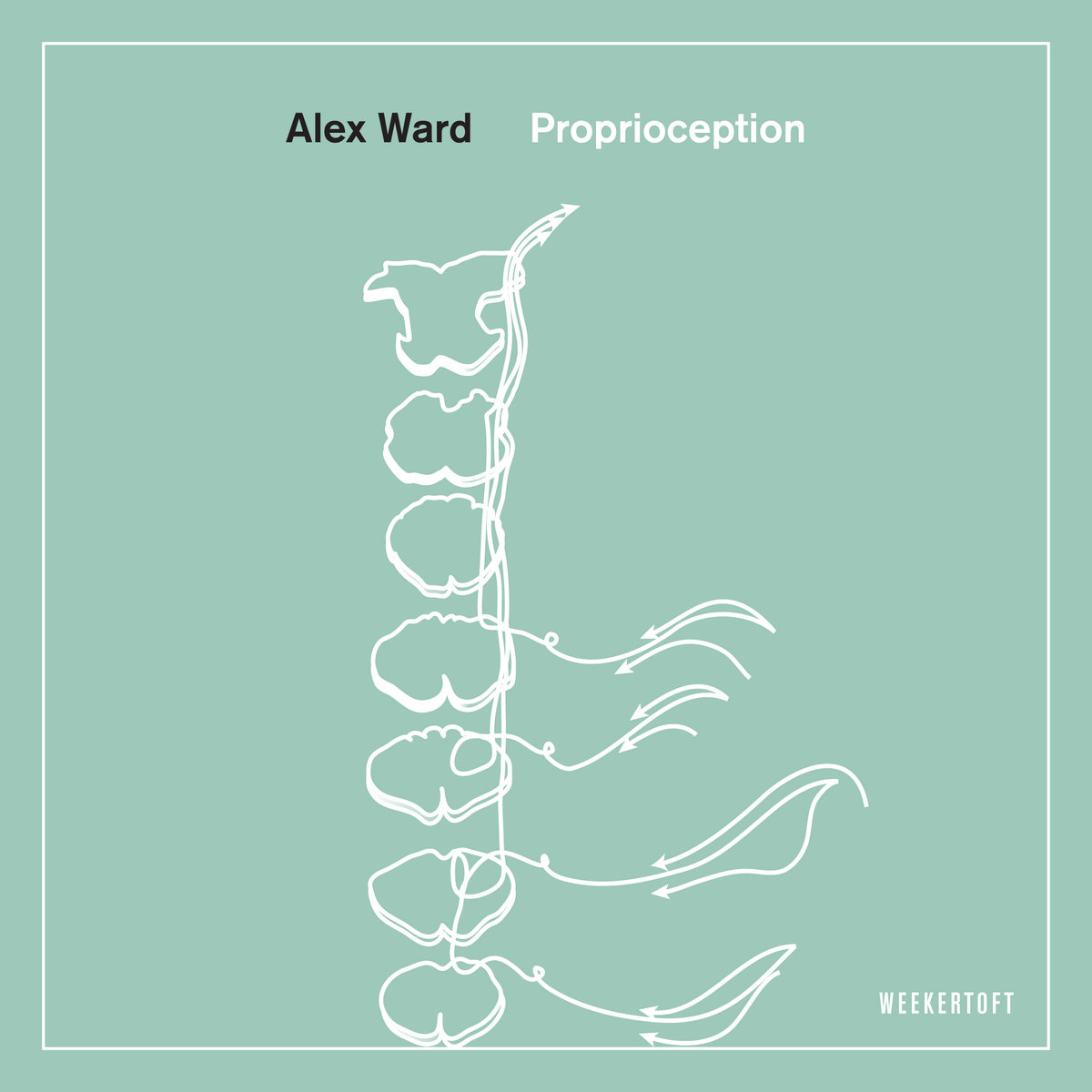 Earlier this year, Alex Ward started a blog for exploring the music of Cecil Taylor in depth. There’s a great deal of excellent writing here (please join me in prodding him for additional posts), in particular Ward’s close listening of Taylor’s use of motifs and patterns, recurring across multiple compositions, never in quite the same way. Through Ward’s writing, I’ve come to think of Taylor as more of an iterative composer and improviser. This isn’t to suggest that his writing provides a specific guide for listening to Proprioception, his new solo album, but it does give some sense of the level of precision Ward brings to any project.

“Vestibular” and “Tiptoes” feature Ward on clarinet only, while “Chasm” has him on clarinet with amplification. The two sets, for lack of a better term, were recorded nearly a year apart. “Vestibular” and “Tiptoes” were recorded in June 2016, and “Chasm” in March 2017. The immediacy of the release transfers somewhat to the recording itself, which feels urgent and necessary. I liken Ward’s solo improvisations to a cross between narrative and a kind of meiosis, with Ward taking cellular blocks of notes, breaking them into pieces, and subsequently breaking them further apart until he has moved onto an entirely new block of notes.

Everything about this album seems to represent self-reflection, from the title to track names, but Ward’s playing feels quite outward-facing, inviting its own close listening. On “Tiptoes,” where Ward plays some of the quietest and most extreme unamplified clarinet, the instinct is to lean in and listen more closely. The graceful denouement has a calming effect, which prepares you for the delicate opening of “Chasm,” which takes its time stripping the clarinet apart and wrecking your brain. I mean this as a compliment, there are stretches that sent my dog and cat into far corners of the house. The distance traveled from the open, acoustic playing on “Vestibular” to the fearsome experimentation of “Chasm” is striking, and the album plays best as a whole, allowing listeners to experience the full range, from soaring to searing.