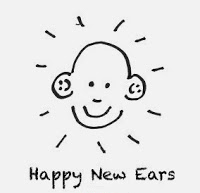 Welcome to 2018. Can you believe we made it? 2017 certainly was not an easy one, and to further shake things up, this year the blog held two consecutive votes: a poll for the Collective and a poll for the Peoples Choice. Both presented the same choices, which were culled from the reviewers top 10 lists.

And so, without further ado, the results are...


Album of the Year per the Collective:


make no mistake, this record is still the sound of Chicago. It's a sharply focused work that moves from one great idea to another quickly and – while retaining its originality - is also very representative of the last 20 years of a certain Chicago sound, with its musical precision and post-production work in the electro-acoustic realm of Tortoise or Rob Mazurek's many projects.

Album of the Year per the People:

For the winner of the people's choice poll, we turn to Rick Joines' words:


Clean Feed Records proclaims there were “no scores, no structures of any kind, no previous discussions about what to do or not to do or any type of conceptual reasoning,” yet the three movements impress as if they were a single impassioned composer’s carefully-constructed thoughts concentrated and immortalized in a written score. Each musician effortlessly nourishes an intimate exchange of tonal and rhythmic ideas and subtle alterations.


Congratulations to jamie branch and Chamber 4, both the winners and second place holders in our respective polls. Branch had a long journey to making her stellar debut this year, while Chamber 4's guitarist Marcelo dos Reis took the award in 2015 with his fragile explorations on Concentric Rinds. From all here at the Free Jazz Blog, a heartfelt congratulations.

As the initial top 10 lists were being assembled, I was struck by just how long this year has felt. For example, when Lee listed the wonderful Crop Circles from Sylvie Courvoisier & Mary Halvorson, I had to check that it was a 2017 release! Anyway, it doesn't seem like will be any less dramatic in 2018, so all we can hope for is a year with as an incredible offering of music as this past one, a more inclusive and supportive environment for all musicians, and for folks like you to keep listening.