For decades there has been a porous relationship between indeterminate composition and improvisation. Some improvising musicians have taken detours from contrapuntal, dialogic improvisation in favor of exploring indeterminate scores and concepts. Rather than embracing the creative freedom to “do whatever one wants,” these musicians sharply limit themselves, and instead embrace the micro-variations and imperfections that arise as they attempt to innovate (or struggle) within their tightly-defined boundaries.

The result is drone-oriented music that rejects some of the familiar procedures of other minimal improvisation like lowercase or EAI: there is no need to emphasize silence, negative space, or quiet sounds. What these types of improvisation do share is restraint, an emphasis on ensemble over individual, and a Schaefferian prioritization of sound “in and of itself.”

Here are three recent albums that stretch how far one can go without seeming to go anywhere at all. 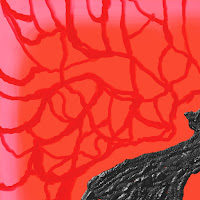 Saxophonist Tom Chant’s latest, the first release on his own Hairy Ear Records, is a 45-minute “exploration of one single vaguely defined state.” Recorded with a percussion-heavy septet (three players each focus on a single element of the drum kit: snare, bass drum, and cymbal), Chant claims that the music “is a description of the state, through sound.”

The paradox of a performance like Stripped Abstract is how it is able to simultaneously convey movement and stasis. It feels alive and bristling, but also unchanging, as though each musician played a single energetic note that hangs indefinitely, divorced from time. As the piece wears on, one starts to get the eerie feeling that maybe the music wasn’t generated by seven human beings at all, but instead by a deep cosmic vibration pervading a collection of objects, some clattering and rattling (the percussion instruments), the remainder humming and ringing in the long tones of sympathetic resonance (soprano saxophone, ebowed acoustic guitar, arco double bass and no-input mixing board).

The piece simply evaporates at the end, which ironically may be its most effective moment. After three-quarters of an hour rewiring your neurons to the frequencies of the “vaguely defined state,” its sudden removal is a weird inversion of air rushing into a vacuum: the something of silence rapidly filling the void of sound. An intriguing exercise that I hope we’ll hear more of. 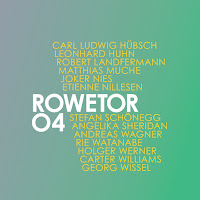 German tuba player Carl Ludwig Hübsch describes Rowetor as a “musical concept inspired by Keith Rowe.” The purpose is to “explore” and “maintain” one static sound in the ensemble, and to interact with “care and openness for…change.” Rowetor is probably closest in conception to Giacinto Scelsi’s famous “Quattro Pezzi,” in that the ensemble largely limits itself to a single note and all development in the piece is relegated to the realms of timbre, density, dynamics, etc. Where Scelsi notated all of these changes, Hübsch’s ensembles explore them via improvisation.

Rowetor’s two discs each contain a long performance, recorded about nine months apart in Cologne. It’s a valuable document because it illustrates how a strategy that on its face seems very limiting can still generate incredibly diverse outcomes. This is because the performances feature different musicians and different instruments, although about half of the musicians were present for both. The 13-strong “Rowetor 04” (which is presented first) trades several wind instruments from the 14 member “Rowetor 03” for two guitars and a piano.

“Rowetor 04” feels like the soundtrack to a suspense movie, the underlying drone conveying dread and impending danger signaled by swells into higher registers. Perhaps inevitably, the piece lurches towards a modest crescendo, peaking in volume and density a few minutes before the performance concludes. “Rowetor 03” is more focused on high tones, with scraped metal and feedback intermingling. Overall, it’s rougher and louder in character than the more polished “04,” but it also feels more precarious: trembles and vacillations betray the fragility within many of its tones. Much of the tension is driven by a “string quartet” within the group: Sharif Sehnaoui’s acoustic guitar, Ralph Beerkircher’s electric guitar, Achim Tang’s electric bass, and Elisabeth Courdoux’s cello. Both pieces are effective reminders of just how much musical information is conveyed through elements other than the usual suspects of melody, harmony, and rhythm. 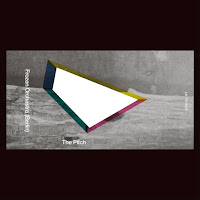 The Pitch are the quartet of Boris Baltschun on electric pump organ and “function generators,” Koen Nutters on double bass, Morten J. Olsen on vibraphone, and Michael Thieke on clarinet. At times, they expand for their “Frozen Orchestra” performances, as on the hypnotic Frozen Orchestra (Amsterdam) released by Sofa in 2015, and here, in a Berlin performance from 2013. Joining them in Berlin were Chris Heenan on bass clarinet, Matthias Müller on trombone, Biliana Voutchkova on violin, Johnny Chang on viola, and Valerio Tricoli’s subtly psychedelic echo-loops, courtesy of a Revox tape machine.

The Pitch is concerned primarily with slowly transforming “pitch constellations,” so while timbre is part of the equation, the ensemble is largely engaged in generating enormous, transmuting chords. As the melodic progressions unfold at a glacial pace, the listener perceives only the warm ambience of their rich, consonant harmonies. Tricoli adds an air of unreality to the proceedings, seemingly making the entire ensemble waver like an illusion just when you’ve settled in comfortably with their presence.

Despite showcasing a single performance, Frozen Orchestra (Berlin) was slightly edited and divided into four tracks for release as a double cassette. One could argue that something is lost by slicing up the concert, but there may be a benefit, too. The forced gaps actually make it a bit easier to perceive just how dramatically the music changes during the course of the performance, despite often feeling like it hasn’t been moving at all. Side D has the most noticeable development, with some prominent pitch changes and Olsen eventually shifting from bowed tones to single, ringing notes. The piece ends by slowly blinking out, like a battery drained of energy, or something slowly sinking into the blackest parts of the sea.