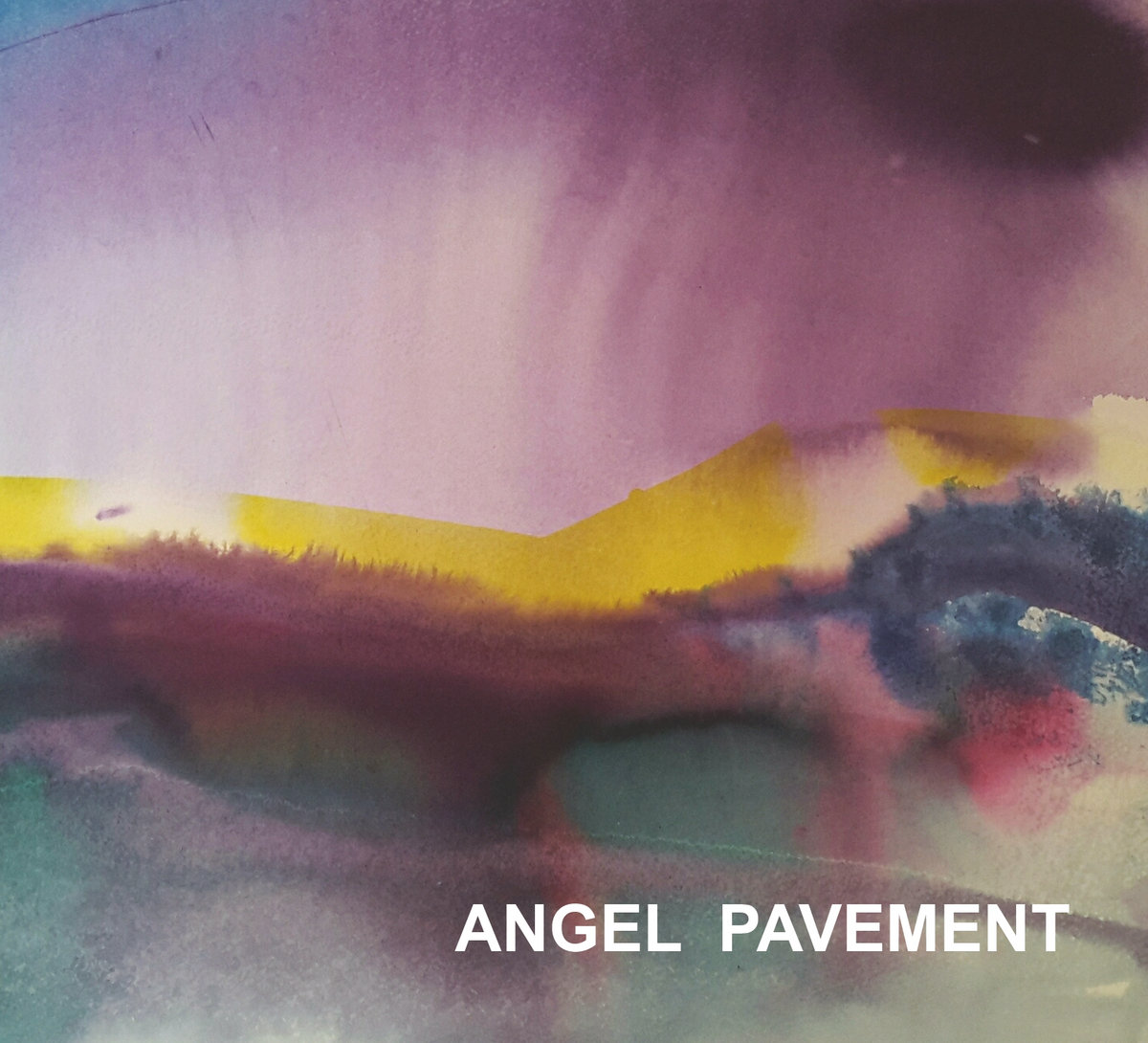 An amazing album, yet the first question to ask is "what is an "Angel Pavement?" What does the mysterious title mean? Apparently, it's a place in London, and the title and place of a novel by J.B. Priestley, published in 1930, turned into a television series in the late 50s. It's a story about the Great Depression, seen from the eyes of the employees of a company. "


"What do they call this street? Angel Pavement, isn't it? That's a dam' queer name for a street, though I've known queerer names in my time." (Tucked away in the City of London, lies a dingy, almost forgotten side street known as Angel Pavement. Here can be found the headquarters of Twigg & Dersingham, suppliers of veneers and inlays to the furniture trade).

The story here is brought to us by Mark Langford on tenor saxophone and bass clarinet, Dominic Lash on bass, and Roger Telford on drums. They offer us six tracks of free improvisation, intense and beautiful. Apart from Dominic Lash, the musicians might not be known. Langford has participated in two albums: "Fringe Music" (2014) and "The Set List Shuffle" (2017). Roger Telford is the drummer of Red Square, a British free jazz trio with five records released so far.

The lack of published material is deceiving, because what you can hear on this album is really exceptionally good and compelling. It has the maturity, emotional depth and measure of three musicians who know what to create and how to create it.

Even if at times a little messy, the overall sound is one of sonic immediacy, with deep, warm tones lyrically cascading, bouncing and resonating from the rhythmic exchange, dynamic, with a natural flow. Like with lots of good music, there is the tension between conflicting emotional states, such as distress and joy, sadness and jubilation, all expressed in one collective movement of human intimacy and directness. There are no shortcuts, there is no pretence, there are no other sentiments than raw expressivity of real human emotions, in all its caleidoscopic variation: subtle, gentle, melancholy, sad, angry, joyous, furious, dynamic, energetic and calm, mostly consecutively but sometimes surprisingly at the same time.

It is uncanny, dark, disturbing ... and when Lash starts bowing on the last track, tension gets even a level higher.

Even if the trio is just an occasional performance ensemble, the result is amazingly good. The three musicians truly feel each other, and share the common musical vision that is so needed to deliver great results. They do that here, without a doubt.

Listen and buy from Bandcamp.