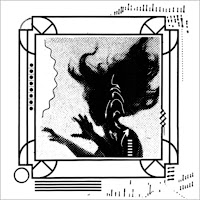 The blog is quickly becoming a Dorji/Damon fansite, but the duo has been consistently releasing such incredible music, it’s hard not to shout out about it. And Leave No Trace: Live In St. Louis sits right alongside Both Will Escape and To the Animal Kingdom (their exceptional trio album with Mette Rasmussen) as a record of a remarkable duo.

Leave No Trace: Live In St. Louis is Dorji and Damon’s third duo album, following a Live At The Spot + 1 and Both Will Escape. It was clear on that first release that guitarist Tashi Dorji and percussionist Tyler Damon had each found a sonic soulmate. Their partnership is patient and focused, with rumbles of fury and joy. Long stretches of experimental deconstruction make up the majority of Leave No Trace: Live In St. Louis, but it’s not lacking in fire. Indeed, the following quote appears on the album’s page: "When you do something, you should burn yourself completely, like a good bonfire, leaving no trace of yourself," Shunryu Suzuki.

“Calm the Shadows” with Damon on bells and metallic objects, similar to the opening of “Both Will Escape.” But here, his rattling, alarm-like rhythm provokes Dorji to very quickly slide in with atonal chords and an early, striking solo. After only 3 minutes, “Calm the Shadows” has already passed become gorgeously harsh, with Dorji’s vibrato leading the duo into the next section. Damon stays low on the drums, eventually taking a relaxed solo around the midpoint. Part of what’s so enjoyable about this duo is just how hard it is to pin down their influences. Dorji melds jazz, improvisation, folk, and drone elements, while Damon combines crashing, rumbling percussive rolls with a wonderfully melodic style. Near the end, Damon begins rolling into bright cymbal crashes, playing against Dorji’s hard-driving finale.

On “Leave No Trace,” the de facto title track, Damon opens with a measured solo, as Dorji gradually fades in, emerging from the spaces between Damon’s drums and cymbals. Highlighting the patience I mentioned earlier, “Leave No Trace” takes its time. Even Dorji’s first big moment hangs suspended in the air, as Damon gradually opens up the piece. It’s well past the middle of the set before it’s clear the duo’s been steadily ratcheting up the intensity for nearly 10 minutes. And then, the bottom drops out, and Dorji takes a restrained solo, with Damon sitting out for a couple of minutes. It’s a dramatic turn of events, and the remainder of the set goes to some exciting new places. The stretch beginning around minute 12 is particularly excellent, and highlights just how much more ground there is for this duo to cover. Of course, I can’t help but look ahead to future releases, but there’s more than enough here. I’ve listened to this album around 5 or 6 times already, and the year’s still getting started.


Purchase from Family Vineyard or via Bandcamp.