The Swiss musicians d’incise (Laurent Peter) and Cyril Bondi have a long history together.  Collaborators since 2004, they have supported each other in numerous bands (i.e. Diatribes, Karst, the Insub Meta Orchestra) and worked with countless other musicians in and beyond what is evidently a particularly vibrant scene in Geneva.  As if recording and performing relentlessly were not enough, they also run the prolific experimental netlabel/record label Insub. Both musicians have been particularly active over the last year.  (The pair, in fact, released yet another album with the same line-up as Es schwindelt mir on Edition Wandelweiser as I was composing this.)  Below are reviews of just a handful of albums they have released over the last 12 months. 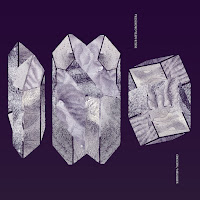 Recorded in 2016, this album is formidable.  The musicians number 32.  The instrumentation ranges from reeds, strings (including hurdy-gurdy), winds, voice, and percussion, to laptops, melodicas, laptops, and electronics.  The composers and conductors are d’incise and Bondi, who likewise perform in the orchestra.

The first composition, “Choices,” relies on musicians playing two notes each for five seconds in overlapping configurations.  It seems many instruments are played non-idiomatically and it is often difficult to distinguish which instruments are playing at a given time.  This, however, does not create a messy mass of noise, but a largely improvised, though structured wall of patient, contemplative, almost ambient noise.  At one moment one hears bubbling layered on hissing.  At another, churning on boiling on droning.  And so on, in seemingly endless combinations. Despite its quietude, the piece conveys a large, looming presence.

The second composition, “Melodies,” is louder and more active than the first.  It nevertheless carries a similar unsettling tension.  Short melodies layer on top of each other.  Although the instruments are more discernible (yet still deeply entangled with each other), none steps to the fore.  The sound seems to engulf the listener from all sides.  In a sense, the effect can be compared to the surface of the ocean.  At first glance, it is monotonous.  Upon closer scrutiny, however, it is a richly textured and colorful collection of undulating ripples.  The music here is similarly subtle, but variegated.   Although I have not yet heard the ensemble’s recent release on Another Timbre, I have listened to its earlier recordings (FJB review of their first release available here).  This one is its most fully realized effort yet. 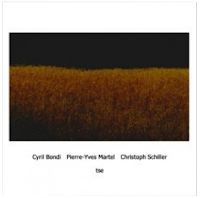 This album places Bondi in a more intimate a context with the Quebecois Pierre-Yves Martel and the German Christoph Schiller.  The instrumentation on this album is notable in its own right.  All three musicians play early musical instruments: Bondi the harmonium and pitch pipes, Martel the viola da gamba and pitch pipes, and Schiller the spinet.   Most of the tracks on this disc are based around a framework of pre-selected pitches.  Others are freely improvised, though it is difficult to distinguish which these were.  The result is a series of intricately textured and meditative tracks.   In ways, this ensemble resembles a stripped-down IMO.

As Martel notes in an illuminative interview posted on the Another Timbre website, the title, “Tse,” is a Genevan word that simply means “here.”  He then explains that this may reflect the suddenness and happenstance of the meeting of these three musicians.  However, there seems to be more to it than that.  The tracks almost bleed into each other. Each has its nuances and unique beauty, but one must listen closely to find this repressed dynamism.  “Here” may also reflect the nuances of place and music.  The pieces resemble each other in their slow, subtle, droning beauty.  They also, however, represent discrete moments of musical inspiration and creation.  In that sense, they reflect the singularity of being present in any moment, setting, or piece.  The effect is entrancing and, at times, disconcerting.  “Tse” actually offers six “heres,” and shows that even the superficially mundane or old can be pregnant with new and provocative possibilities. 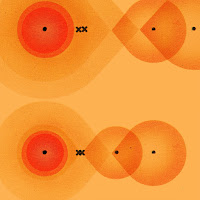 This is a slightly busier recording by Bondi and Schiller that seems a fitting companion to Tse.  The duo deploys a broader range of instruments and seem to have constructed these improvisations along similar short durations of pitch.  This release is an interesting listen.  However, it is missing the patience and delicacy that makes the Another Timbre so powerful and is therefore somewhat less effective.  It is worth adding, however, that this was recorded eight months before Tse and might have served as an early expression of ideas that were later refined.  Additionally, Nine Moments has been released online as a free download and is absolutely worth checking out. 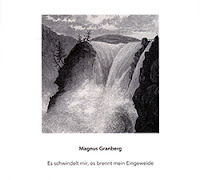 The title of this album comes of the Goethe poem originally set to music by Franz Schubert.  In a poem about solitude and loneliness, the phrase means something like, “It unnerves me, it burns my viscera.”  Interestingly, Granberg interprets the phrase more colloquially as “I feel giddy, my vitals are inflamed.”

This performance of Es schwindelt mir embodies the gravity of the first translation.  Using Schubert’s original as a deconstructed scalar and melodic basis for the piece, Granberg has created something utterly engrossing.  The six-person group includes Bondi (percussion), Schiller (spinet), d’incise (electronics and vibraphone), and Granberg himself (piano), as well as veterans of previous Granberg releases Anna-Kaisa Meklin (viola da gamba) and Anna Lindal (baroque violin).

The instrumentation reflects that of “Tse,” but to very different effect.  There is more space in this composition, as the instrumentalists oscillate around a baseline unnerving quiet with more individual expressiveness than the meditative droning and muted orchestration of the releases reviewed above.
This also applies to this next release: 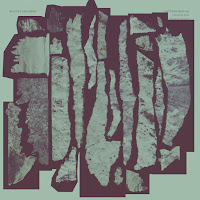 Originally composed for Granberg’s Skogen ensemble (FJB reviews here and here), Nattens Skogar is the Swedish title of Djuna Barens’ novel “Nightwood.”  I am unfamiliar with this book, though, at first online search, it looks quite interesting.  More helpful to me, however, is the fact that this composition is inspired by Erik Satie’s “Nocturnes” and Thelonious Monk’s “Monk’s Mood.” Revisiting these works, one can really hear the sultry plodding of “Monk’s Mood” and the tranquil dynamism of “Nocturnes” deconstructed, augmented, and extended beyond metric time in this recording.

The personnel are the same as on Es schwindelt mir (Bondi, d’incise, Lindal, Granberg himself) minus Schiller and Meklin, though the instrumentation now includes harmonicas, prepared piano, violin, and various percussive objects.  The effect is also similar to that of the earlier release, though this recording emphasizes the textures and subtleties of the music even more strongly.  This is spacious, deeply textured music that, as the title appropriately indicates, evokes the calm and disconcertion of the wilderness at night.

It is difficult to speak of the forest without invoking distinctions between the natural and the anthropic.  This recording quite fittingly blurs this boundary, enveloping the listener into a sound-world that is undeniably constructed electro-acoustic music, but evokes feelings of trudging along a darkened wooded path listening rather than seeing to find one’s way.  Whereto, however, seems to be the wrong question.  As with other Granberg works as well as those composed and improvised by Bondi and d’incise, the journey, the tapestry of sound is the focus.  Fittingly, this composition does not end in the sense of conclusion, but rather fades into the ambient space of the room beyond the recorded music.  That is, at least, where this transfixed reviewer’s ears led him.

These recordings are available in various formats on the Another Timbre and Insub websites.