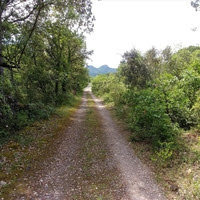 Maroney (“hyperpiano”), Jenkins (violin), and O’Donnell (percussion) have appeared together before on Leroy Jenkins’ Driftwood’s 2005 The Art of Improvisation, also featuring Min Xiao-Fen on pipa. Recorded in 2004, it is among Jenkins’ last recorded performances and in the midst of Maroney’s fruitful partnerships with Mark Dresser and Ned Rothenberg. Both recordings display a mastery of musical time, space, timbre, and soul but, whereas the primary draw of The Art of Improvisation’s succinct 42 minutes is the interplay of Min and Jenkins, Unknown Unknowns’ 149 minutes provides a fuller exploration of the core trio’s communicative capabilities.

Unknown Unknowns is comprised of two sets. The first, “Cooler in the Shade,” covers 85 minutes across six tracks and was recorded in 2003 as part of the New York music series of the same name. The first track provides a digest of what this group is about: Jenkins bows haunting vamps, allowing Maroney and O’Donnell to timbrally run wild, until eventually the trio converges and then they’re off, guiding each other through changes in structure and volume and space until climaxing with Jenkins sawing, with O’Donnell scraping cymbals and drum heads, with Maroney producing what sounds like a circus organ of nightmares. Jenkins’ fusion of jazz, blues, classical, and gospel is here along with the full gamut of extended techniques for violin. When O’Donnell isn’t matching the stringy timbres of Maroney and Jenkins, his playful technique reminds me of Gerry Hemingway and Gunter Sommer. And Maroney’s tonal transmogrification of the piano is on full display. The next three tracks are modular performances recalling the beginning of Cecil Taylor’s One Too Many Salty Swift and Not Goodbye, with duos of Maroney/O’Donnell, Jenkins/Maroney, and Jenkins/O’Donnell, before the united trio returns for the last two tracks. The second set, “New Music Circle,” covers 64 minutes across four tracks and was recorded in 2005 as part of the St. Louis music series of the same name, of which O’Donnell was music director at the time of recording. The set demonstrates a continued exploration of the dynamics presented on both “Cooler in the Shade” and The Art of Improvisation, but the trio is more instantly reactive to each other here and able to satisfactorily express their language much more efficiently.

Each set stands alone perfectly. However, if you can spare two and a half hours, the release is not exhausting like some longer releases can be. It’s a varied journey that could be mentioned in the same breath as Jenkins’ solo, Revolutionary Ensemble, and AACM outings, or Maroney’s work with Mark Dresser, Ned Rothenberg, and Hans Tammen.