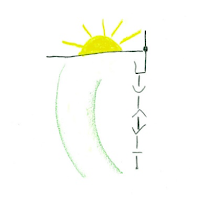 Swedish reedist Pelle Westlin and drummer Anton Jonsson are two young artists on the Swedish free jazz scene who I stumbled upon through recent social media adventures. (Essentially “Who’s following who, who’s playing with who”?) 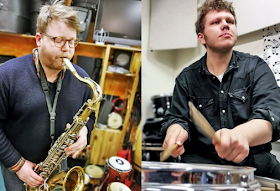 Westlin, a recent graduate from University of Gothenburg; Academy of Music and Drama, can be heard with his trio Ramberget, who’s most recent release Slåttermyren is a delicate journey inwards, and also with Westlin/Tontin who you can see performing on Brötz – see video link further down this post. Jonsson, in the Norwegian-Swedish jazz quartet ‘Into the wild’, and Westlin/Tontin mentioned above – just to mention a couple of projects. Jonsson seems to keep himself busy with a variety of projects.

The duo-format is interesting. If I go back in recent memory of albums I listened to just last week I recall Braxton/Bailey in London 1974, Duo Exchange with Rashied-Ali and Frank Lowe and Ken Vandermark & Michael Snow’s DUOL, just from the top of my head. How two instruments work together and individually has been of great importance to my own development in listening to and hearing what free and improvised music is trying to say. Listening to a solo performance, and moving on to duo and then to larger groups in one extended listening session is a nice exercise that I often perform. After hearing Westlin’s trio Ramberget I was thrilled to find a duo release with him that promised me the style of ‘Free’ on the Discogs page. (Remember: Free = liberated from social, historical, phycological and musical constraints.)

And sure enough, on the first track ‘Murray Skrattar’ we’re immediately off on a relatively short, albeit intense journey out into the definitive free. Westling and Jonsson travel in and out of each other’s tracks. Intensity builds up and finally finds a way out, and then it’s over. Bravo! The second track, ‘Inget Strul’, starts somewhat dark and hesitant – but there’s a sense of urgency in both Westlin and Jonsson. Jonsson seems to be chasing Westlin onwards, onwards, faster, more intense. Westlin holds back, extends his lyrical tone while Jonsson is ready to leave planet earth. But after slightly shy of 3 minutes I get a bit of rest. Jonsson is seemingly on the lookout for a new way forward while Westlin tries different slurs to test the waters. Eventually they walk side by side until the inevitable happens: things start to fall apart, intensity goes up and we’re off! The song ends with a few moments to relax.

The rest of this album continues in the same fashion, with a very respectful conversation between Westlin and Jonsson, intense moments of the wild and free but also frustrating moments of constraint in which I’m waiting for Westlin to explode into another gear. On the last song, ‘Tack för att du ringde gosse’ I’m suddenly surprised. I finally get to hear Westlin go borderline Mats Gustafsson insane, in spirit. It’s very rewarding and it points in the direction that at least I hope they will go from here.

Now, describing what I hear in each performance perhaps doesn’t say anything about what I think of this album. Let me try. This is a 36-minute-long (short) debut album in a duo setting in which intensity meets the introspective and delicate. All in all; following the free jazz tradition, whatever that is. It’s promising, and it makes me happy and sad and something in between. Just like it should.

This first release on Grodor & Fåglar is available in 30 (!) copies which is unfortunate but understandable. Westlin and Jonsson is running this micro label on their own including production of artwork for their release(s). They’re of course on Instagram and there’s already a discogs label page available, on which their first album is also available as an unofficial release with 2 copies – I assume one for Westlin and one for Jonsson, so in total there’s 32 physical products available with their music. Personally, searching for small labels and artists like this is highly satisfying, not only because these artists are building something from scratch driven out of passion and “punk”, and almost out of an urge that will not rest until it’s done, but also because it is egoistically a whole lot of fun. Checking my mailbox and finding hand-made covers and music that has and edge and a sense of urgency, feelings that just HAS to get out almost makes me giggly. At the same time, I do see and understand the uphill battle of trying to reach through the noise while maintaining a sustainable business model.

I’m not sure how all of you are supposed to hear this great music but I recommend getting your hashtags and social media in order and start following the work of these youngsters, and you can always get in contact with Westlin on Instagram or through his soundcloud page. Let’s hope for a second press or a Bandcamp page moving forward, making this music more accessible to a wider audience. The music truly deserves it.