Always worth sharing: some new trumpet trios. One from a new international trio, one from some of the leading Polish musicians, one from a totally unknown Finnish trio and one from last year by three icons of free improvisation, and music to everybody's taste: from lyrical and accessible to uncompromising sonic explorations. 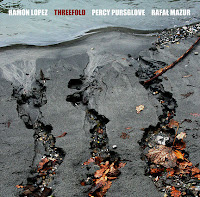 Percy Pursglove, a British trumpeter and double bass player from Birmingham, is probably most known from his collaborations with Paul Dunmall, Barry Guy and recently with Alexander Hawkins. Spanish percussionist Ramon Lopez has performed extensively in free improvisation ensembles, including with Agustí Fernandez, Barry Guy and with Rafał Mazur, including a recent album with Guillermo Gregorio. And Rafał Mazur, well, the Polish acoustic bass guitar virtuoso must be known by now to our readers.

For the beginning tracks, the playing is relatively 'cool', without agitation or even nervousness. The atmosphere is relaxed and calm, without falling into the abyss of sentimentalism. The playing is also excellent: Pursglove's tone is warm and velvety, Ramon Lopez' drumming is restrained and complex at the same time, while Mazur is his usual self on the acoustic bass guitar, again demonstrating why he is so much in demand. Yet, most tracks are performed with too much self-respect, and too much respect for the others.

It is only half-way the album that things get more exciting, either because there is more energy, as in "Musical Party", or because they start colouring outside the lines (but not very far), as in "Pintura 10", "The Daughters Of Catula Mende", and "The Garden Of Earthly Delights", offering a welcome change in tone. The overall result is good, but it would have been better if the approach in the second half of the album had received a stronger presence or deeper elaboration. But that's a subjective appreciation of course. 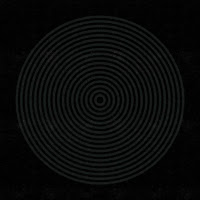 Wojciech Jachna, Jacek Mazurkiewicz and Jacek Buhl have performed and recorded before in meny contexts and ensembles, and this is their sophomore album as a trio, after their "Dźwięki Ukryte" (hidden sounds), released in 2016. Their music is very eclectic and mysterious, enhanced by electronics, and the first track "Galapagos", does not sound like a trumpet trio at all, more like an extended bowing piece with little psychedelic sounds added to the process. On the second piece, the trumpet gets a more prominent role, with Jachna's soft and warm tones being challenged by the rattling and clattering bass and percussion. "4 Riders" may allude to the apocalypse, and indeed its mood is ominous and dark, sad and resigned, in essence one long moaning solo trumpet piece adorned by the rhythm section. "Peking Duck" is - despite its title - even more somber, with muted horn and bowed bass playing long stretched tones in sharp contrast to the clanging and quadruple-paced inventive percussion. The title track, "God's Body", is more adventurous, more intense and energetic, with Jachna's trumpet shifting between despair and jubilation over an unleashed rhythm section that gradually falls into place with a steady rhythm.

The great thing is that the interaction between the three musicians arises like a spontaneous and natural event, without constraints or artificial efforts. Despite the completely different angle of attack by trumpet, bass and drums, they all three sing with the same voice. This is very welcoming and creative music. 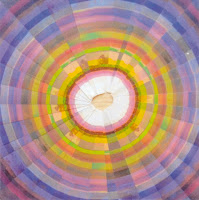 This band is less known and their debut is well worth listening to. The Finnish trio are Alf Forsman on drums, Tapani Varis on double bass and Eero Savela on trumpet. The trio's music is free jazz, but like its Polish counterpart very welcoming, taking the genre as a given, without further exploration, with clear-toned trumpet as the lead voice, and with again very clever and contrasting bass and drums, instruments that emphasise, give depth without really organising the rhythm or giving the beat. Alf Forsman is possibly best known as a member of fellow countryman and guitarist Raoul Björkenheim's Krakatau band and the alternative rock band Sielum Veljet, as well as performances with the more internationally known prog rock band Kalevala. Forsman and Savela released a duo album last year, called "Affe Ja Eero". Tapani Varis is a multi-instrumentalist, a session musician performing on many folk and pop albums, but at the same time also active in free jazz ensembles such as the Riko Goto Trio. The same can be said of drummer Eero Savela, who's played in the horn sections of reggae, afro, soul and funk bands. All three musicians have played on dozens of albums, yet all three of them can count their own albums on two fingers.

Regardless, the playing is excellent here, with the three musicians enjoying their freedom to play as they please, creating their sound on the spot. The overall quality is excellent, even if in the production bass and drums are sometimes pushed too far in the back. Forsman's drumming deserved better audio care.

I don't think the title means anything in Finnish: it's possibly just a pun on the English word "Atmospheric".

The full album can be listened to on Youtube: 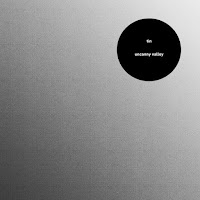 This album was already released in 2017, but somehow came to my attention recently. The trio are some of the most avant-garde musical improvisers on their respective instruments, with Axel Dörner on trumpet, Dominic Lash on double bass, and Roger Turner on drumset and percussion. The six tracks were recorded at three different locations in the UK: at Cafe Oto, London, in Portland Works, Sheffield, and at St James' Church, Midhopestones, all in April 2015.

As you can expect, the music is an intense physical exploration of sound, very granular and crisp. The results is a somewhat innocent, open-ended conversation with lots of open space, excited reactions, surprises and question marks, intimate and natural, and the latter in an almost zoological sense, like animals responding to each other in the most basic way. And that is a compliment, because it brings music to a much more foundational, organic level, stripped of all conventions and plans, and maybe even of reason and rationality. Is pure sonic interaction possible? Maybe it is. At least they give it a try.