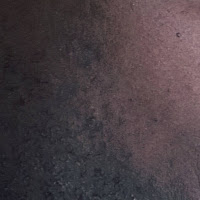 Mid-way through 2018, I noticed that my writing had fallen into discernible, repeatable patterns. Certain phrases and a lack of a kind of precision I aspire to had worked into my reviews, and so I spent several months writing, rewriting, and editing a large number of write-ups. The downside for the artists I’d intended to cover is there was less coverage of their work than there should have been; about this, I feel fairly guilty. The artists in this niche field of free, improvised, avant-garde, and creative music suffer enough from a lack of coverage, however I personally felt it would not be worth covering the album with mediocre writing. One person I’ve found will always be available for a conversation about the write-edit-repeat process is vibraphonist Corey Mwamba. A deeply thoughtful and open person, Mwamba and I have developed a nice online dialogue, sometimes out in the open, other times between only the two of us. Like me, Mwamba is discontented by the languages of music criticism, the recurring phraseology that communicates, more than anything else, this new thing sounds like that old thing, like a semantic recommendation engine. “People who like echoing sonorities also like these echoing sonorities,” or whatever. Which makes the challenge of describing (s)kin that much more, well , challenging.

A Bandcamp subscription series, (s)kin consists of roughly one EP-length album per month, plus over a dozen single releases. Overall, the collected releases have the feel of time-boxed experiments, with vibraphone at the center, yes, but often layered with drum machine, vocalizations, and ambient recordings. And despite the regularity of the releases, (s)kin is not merely building to a single endpoint; Mwamba is circling something, some many things, in fact, called up by the title itself. Race, family, identity, all recur in thematic eddies, with track titles, spoken word, and melodic fragments referring to or reflecting back upon and at each other. If there is a central question, it could be, not why? but why not?

As a player, Mwamba has chosen to wind down his public performing. Instead of future gigs, it’s possible projects like (s)kin and similar studio work are all we’ll hear of his compositional voice. That would be understandable, if unfortunate (mainly for myself, as I’ve yet to travel to England and therefore have not yet had the pleasure). But (s)kin is more inviting and personal than a club gig could be, anyway, so I am left wondering, “What would I be missing?” There is, of course, the physical, the real-word body standing up there onstage, and isn’t that what I pay for? There’s plenty to stew over there—white man pays for black man to stand onstage and entertain him—so why not instead make a long-term investment in the art? There’s no true return, in a traditionally commodified sense—(s)kin asks more of me, emotionally and intellectually, than any single gig could. The starkness of the music… strike that, actually. Stark’s one of those words to lean on. And anyway, it isn’t stark, it’s often lush and symphonic, with layers of detailed moments setting a scene that appears in the mind’s eye for very brief moments, the pulse and timbre shifting so the image remains unfixed. A library hall? A dining table? The waves?

One of my all-time favorite novels, The Big Music by Kirsty Gunn, begins with a powerful refrain, “the hills only come back the same: I don’t mind.” The sense of time and scale, of an indifference that settles onto a landscape, which remains forever there and forever changing, no matter our intent. For me, in 2018, (s)kin is part of my landscape, part of the big music that’s surrounded me; it arrives electronically, the releases accruing, never mind me. Mwamba is thinking and considering, working through some big ideas. I would urge each of you to purchase a subscription. Mwamba’s music is engrossing, witty and clever, with all the depth and range of a combo or chamber group. And Mwamba’s variety of techniques on the vibraphone get a chance to shine in isolation. Mixing mallets and materials, tones simultaneously float through the air and spike dramatically downwards. Yes, yes, metallic overtones and clashing sonorities abound; all the previously tossed-about phrases apply. As long as this project continues, I’ll try to find a way to write about it, and perhaps next time I’ll have some new phrasing.