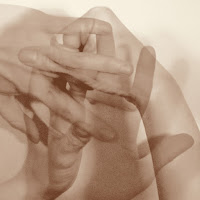 Some years ago, I qualified South-Korean cellist Okkyung Lee as the Jimi Hendrix of the cello, because she manages to speak a language with her instrument that is richer, more expressive, more violent, more heart-rending than was thought possible before. Or to put it differently: every other cello you listen to afterwards sounds somewhat more simple and childish.

The album's title means "Moon Gliding", and that image may be confusing in the sense that it doesn't really reflect what you may expect to hear (such as a romantic night, or a spiritual reflection). The intertwined hands on the album's cover are more telling. In this 42 minute solo improvisation, Okkyung Lee demonstrates again the strength of her uncompromising and unique musical vision. The performance was recorded in the Emanuel Vigeland Mausoleum in Oslo, in June 2013 for a limited group of 30 people. The Mausoleum is a special place, and I share some pictures of its interior below, because they surely have an effect on the performance itself. The inside of the building is 'covered with frescos that depict human life from conception till death, in dramatic and often explicit erotic scences'.

If anything, Lee's improvisation is a wonderful reflection of this space, with its inherent agony and beauty, the contrasting pains of life and death, the howling of lust and pain, the unrelenting violence that interacts with subtle vulnerability. She uses a lot of drone-like repetitive phrases, harsh high-pitched powerful playing on several strings together, yet she also uses silence and slow moments to enhance the full resonance of the space, she makes her instrument laugh too, or weep like the whales, and all these as part of one long suite-like improvisation that is nothing less than "life expressed". There are moments when you want her to end the harsh sounds - and of course she doesn't, because that would be missing the point - there are moments you want her to continue what she's doing - and then she doesn't - of course not. It's raw, hard at times, yet what a listening experience! It will not leave you indifferent. And that's how it should be.

You get it all. Here. 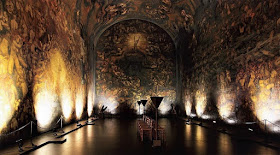 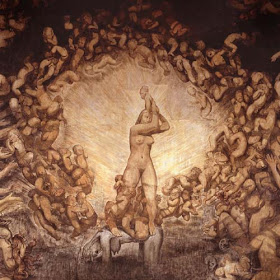 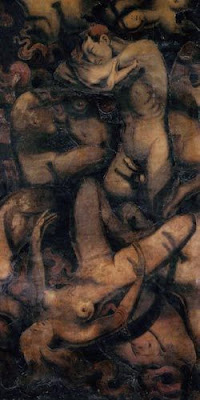