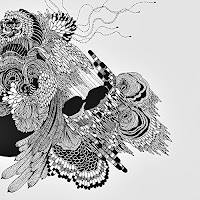 Founded in 1921 the Donaueschinger Musiktage is an annual festival for contemporary music that takes place on the third weekend of October. It consists exclusively of world premieres and is internationally regarded as the oldest and most important festival for this kind of music. The first concert 97 years ago featured the Quartet for two Violins, Viola and Violoncello, op. 16 by Paul Hindemith. Subsequently, world premieres of works by Alban Berg, Arnold Schönberg, Anton Webern, Karl-Heinz Stockhausen and Pierre Boulez took place there (actually, almost every important composer for new music had a program focus at the festival). In 1970 the Musiktage also opened up to new forms of jazz, displaying works by Wolfgang Dauner and his composition for five musicians, a choir, three amplifiers, six boxes, three reverberators, three wireless and other microphones, two potentiometers, record players, tape recorder, optical devices, and other various instruments, as well as Albert von Schlippenbach's premiere of Globe Unity 70, Peter Brötzmann’s Drunken in the Morning Sunrise, Manfred Schoof's Ode for Free-Jazz-Ensemble and Sun Ra’s Black Forest.

In 1996 the management of the SWR broadcasting station informed the other organisers that they will have to reduce their financial commitment by 50 per cent from 1998 on and that the aim was to turn the festival into a biennale. However, a worldwide unique international wave of protest forced them to come up with a new financing concept which included public and private sponsors. Nevertheless, especially the new jazz section has had to cut back its expenses, only two program items could be maintained. Since 2013 Julia Neupert has been in charge of this part of the festival. Among others she organised Mazen Kerbaj's ARIHA Trumpet Ensemble and Lotte Anker’s Electric and Acoustic Habitat. In 2016 Okkyung Lee’s Cheol-Kkot-Sae (Steel.Flower.Bird) was on the program.

Okkyung Lee’s idea was to bring together all her musical influences, beginning with the music of her childhood. "As a child in Korea my formal musical training was largely based on the European Classical tradition and its ideal sense of beauty. It never occurred tome how absurd it was that I was never asked to study Korean traditional music", she says in the liner notes. Later she listened to a lot of pop music and other stuff but when she was studying in Boston she realised that she was singing Korean traditional songs whenever she was alone. She wondered whether she was connected to these melodies because of her Korean heritage and if these melodies were in her musical DNA. So it seemed almost logical that her project for the Musiktage had her examine her Korean roots in order to combine them with noise and improvised music. According to Cecil Taylor’s famous quote that the composition begins with the selection of the players she chose an all-star band which included herself on cello, Song-hee Kwon (vocals), Jae-hyo Chang (Korean traditional percussion), Ches Smith (drums and percussion), John Butcher (saxophones), John Edwards (bass) and Lasse Marhaug (electronics).

Cheol-Kkot-Sae is a long form piece with a coda, but actually it can be divided into several parts, which are introduced by solos. At first Song-hee Kwon begins with traditional Pansori singing. She is accompanied by Lee's cello however, the piece is soon 'disturbed' by noise parts. Marhaug’s electronics sound as if he was tearing up the sheet music, while gradually the other instruments are added timidly to the whole (except for the saxophone). Lee's cello is like a humming insect flying through the music of the others.

In the following there are several fixed points that structure the composition: Edwards' bass repeating a small riff, a brutal noise attack by Marhaug, drums/percussion solos by Jae-hyo Chang and Smith, as well as little melodies by Lee and Kwon. In the first part the traditional Pansori vocals become more and more intense, merging with the improvised cello, bass and saxophone parts, but in between there’s always room for tender passages, for example John Butcher's almost classical saxophone solo. On the one hand the music is an orgy of scraping, scratching, rattling, rumbling. The roaring volume and tempo of the playing, the rhythmic contrasts and the different sound colours make the composition so exciting and forceful. On the other hand there are quieter parts as well, when the electronics beep, hum and hiss, before the vocals creep in very dominantly. It's as if Lee's musical past always shines through. Natural sounds and tradition penetrate the modern influences again and again- this seems to be another structural leitmotif of the music. Finally, Lee’s duo with Song-hee Kwon sets the final point, the piece returns to the beginning.

Cheol-Kkot-Sae is an outstanding combination of improvised and world music. It’s one of the best albums in 2018.

The album is available as a CD. You can buy it here: www.downtownmusicgallery.com or from the label's website.
Paul on Saturday, January 19, 2019
Share