A quick and dirty overview of all some solo sax albums that were released this year. We were already spoiled by the beautiful Victoriaville performance by Anthony Braxton, but there is a lot more to enjoy. 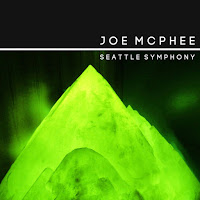 One of my preferred solo sax albums was actually released in 2017, but never reviewed (shame on us!. It is a solo performance by Joe McPhee, also on trumpet, recorded in August 2010. The performance and the album are dedicated to Bill Dixon (Side A) and Fred Anderson (Side B) who had just passed away in June of that year. McPhee is a formidable player, an artist who has the luxury to be able to translate almost every subtle feeling and spiritual insight into a musical expression. He plays with timbre, tone, pace and volume in a natural, free-flowing and soulful way, managing to be immediately rewarding while at the same time creating artistic novelty.

All pieces are subdued, solemn and reverent, even if the second piece is called "If I Had Drunk An Entire Bottle Of Scotch, I Still Wouldn't Have Understood A Fucking Thing You Said". Dedication to deceased friends does not mean that humour should be absent.

If you like McPhee's playing, this one should be in your library. 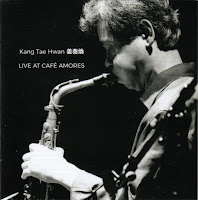 His tone is fascinating, as are his skills in altering the timbre of his horn. Musically, he includes jazz and folk elements to build his improvisations which are all quite distinct and with a unique voice. He makes the rare combination of lengthy timbral explorations and multiphonics à la John Butcher, while at the same time trying to add soul to the process, more in the style of McPhee. The mood shifts between sad melancholy and wel-paced spirituality, with the occasional - albeit rare - outburst of nervous energy, making this a very entertaining album. 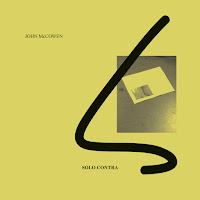 We reviewed Josh Sinton's "Krasa" solo contrabass clarinet album earlier this year, and as mentioned, it was released only a few weeks after John McCowen's "Solo Contra". Highly coincidental, but such is the nature of chance happenings.

McCowen started with music as the singer of a hardcore band, and shifted to saxophone when his voice got affected. He took his new vocation seriously, studying the instrument at various schools, ending up studying with Roscoe Mitchell. Even if McCowen's voice was affected, apparently his lungs were well trained by the heavy metal singing. The feat he performs on this unwieldy instrument is exceptional and a real treat: he leads us on a real journey of sonic discovery of both the very deep tones and the spectacularly high vibrating and multiphonic tones that he manages to extract from his instrument. The artist's effort is one of high physical concentration and effort, especially in the long circular breathing moments, when even the listener is gasping for breath, yet McCowen plows on, uprooting sounds, and freeing them for the world.

It sounds impossible, but the whole performance is acoustic without overdubs, and was recorded with no less than thirteen microphones to capture the full sound and vibrations of McCowen's improvisations. The sound is unique, and it demonstrates that even music lovers with a broad and deep interest in improvised sonic adventures can still expand their horizon. 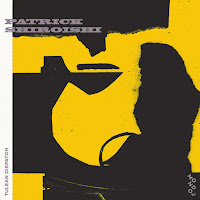 In a way it's amazing that we have not reviewed any music by Patrick Shiroishi, a Japanese American multi-instrumentalist based in Los Angeles. He has performed solo sax albums before, and "Tulean Dispatch" is really easy to recommend. He is a saxophonist in the style of John Butcher, creating intense resonating timbral explorations, but adding more melodic melancholy and raw anger to it.

The "Tulean Dispatch" is the name of the newspaper of the Tule Concentration Camp, where Japanese American citizens were relocated after Japan declared war to the United States at Pearl Harbor. Shiroishi's grandparents were placed at the camp. The narrative is reflected in the music, in all its power of indignation and sorrow. Calm and mourning moments alternate with ferocious outbursts, as in "The Screams Of A Father's Tears". The longest piece, "Form And Void", is by itself worth buying the album for, with its deep tones of unrest, powerlessness, agony and feeling of injustice: pure and authentic expressivity. The last track, "The Flowers and Candles are Here to Protect Us" brings the tone back to calmer and solemn spheres, full of sorrow and pain.

On "Sparrow's Tongue", the tonality and mood are completely different. Gone are the anger and the sadness, and replaced by more intimate and spiritual beauty. Shiroishi never raises his tone but develops long timbral explorations, overtones and circular breathing bouts, simplifying his melodic approach, and working around a core tone, adding subtle changes in pitch and colour. His mother, Uzuko Shiroishi, recites Japanese tanka poems as introduction to some pieces or as an integral part of others, poems written by Shiroishi's grandfater, Seiji Inoue. Field recordings provide the backdrop for some pieces. On two tracks he plays alto and soprano simultaneously, and on "The Crocodile's Dilemma", he plays his "soprano into a snare drum to create a kind of feed-back with the instrument interplaying with an audio recording of an atomic bomb slowed and reversed". On other pieces, and especially on the last track, silence or absence of sound also plays an important part. A wonderful reduction to the essence of sound. 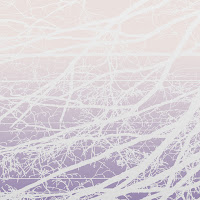 Lea Bertucci is a composer, saxophonist and clarinetist. She also uses field recordings, ranging from Mayan pyramids to New York subways. On "Metal Aether" she explores what its title suggests: the paradox of sound, the physical impact of something intangible, the effect of sound on the brain, the vibrations of sound that penetrate your body. Unlike the other albums, her performance is layered, with more interest in the overall sound of the piece than on the actual power of the instrument itself. She creates interesting and fascinating harmonic structures, but also dramatic effects as on the long "Sustain And Dissolve". Clever and imaginative. 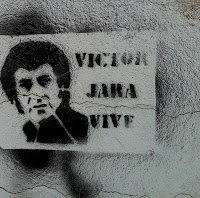 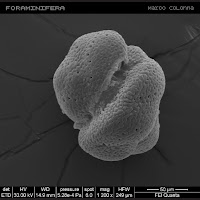 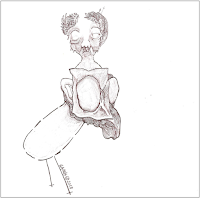 After last year's "Bushido", on baritone sax solo, Italian saxophonist Marco Colonna offers us several solo albums, and of a quite different nature.

"Sketches For Victor Jara"is a very lyrical tribute to Chilean poet, singer and political activist Victor Jara who was killed during the Pinochet regime. Colonna performs the compositions by Jara and a few others on alto, clarinet and bass clarinet. The music is very accessible, reverent, jubilant, dancing and weeping: it sounds simple, but Colonna's beautiful tone and lyricism makes this a very unpretentious and nice album.

"Foraminifera" is much more avant-garde, a solo perfomance on clarinet and bass clarinet only. Colonna looks for unique sounds, with lots of whispers, tongue clacking, howls, circular breathing, and polyphonic explorations, but always built around focused linear improvisations, which maintain a kind of implicit lyricism, including some folk elements. The music has an overall deep organic quality, something intimate and close to earth and nature.

"Prometheus" is again of a totally different nature, and not really a solo sax album, since he also plays flute, alto flute, clarinet, bass clarinet, baritone sax, Sicilian tambourine, pandeiro, bendir, riq, glockenspiel, analogue synthetizers and low mbira. It's an album full of variation, often with strong rhythmic explorations, including the joke of the stuck record needle, and with a multi-layered density that also creates interesting harmonic interplay, as on the last track, "Sketches Of The Future", where his horns collaborate like a real ensemble.

Interesting and prolific work, and I recommend readers to check first which side of Colonna will please them most. 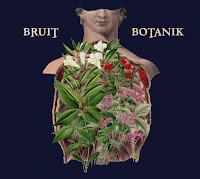 Florian Walter is a young German saxophonist from Essen, whom we know as one of the musicians on the Umland label, with "Bruit 4" and as a member of "The Dorf". On this album he plays alto, baritone, contrabass clarinet and reed trumpet.  He is an artist with a very clear idea of what he wants to do and how, combining intellectual curiosity in new sounds with a pleasure to also share them. The label writes that "Based on the idea of amplifying the low-end dynamics of his horns, he developed an uncommon way to produce dense and microscopic fields of sound which aesthetically blur the borders between drone, noise and musique concrète", which is a good description of the music ... or put differently: you will be treated to a journey into the unknown, with Walter as your assertive and determined guide. He seems to love all these weird sounds that come out of his various instruments, and then he paints with them, abstract canvases, in broad strokes, or in energetic lines, in pointillist gurgles, or in stretched tones, spliced even, circular, with growling and screaming and steaming at the same time, as if through some unknown magic his instrument has become an orchestra of the unusual, an ensemble of the extraordinary, a band of the unexpected. He enjoys it, he loves it, and his enthusiasm is infectious.


Watch a fourty minute performance by Walter on various known and unusual horns: