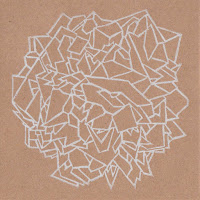 For the past three years at least Raw Tonk has been one of the most consistent labels in the whole free jazz milieu. Gradually building a catalogue of superb releases full of the pathos of the great free jazz tradition, always adding something new in this equation. Contrived, the trio release from Kim Myhr (guitar and objects), Santiago Botero (contrabass and preparations) and Ricardo Arias (electronics and objects) is a welcome departure into a more improvisational and less jazzy sound.

Ricardo Arias, writing for the press release of Contrived, isn’t afraid to pinpoint what has always troubled all improvisers: is it possible to catch the moment of improvised live sound? Is it by definition a process that can lead to something worth listening and joyful? By quoting Cornelious Cardew on this, he puts the listener into the great antithesis of this recording.Which is that what is taking place on Contrived doesn’t necessarily catch the moment of this recording made live in Bogota, Colombia. Of course Contrived has its moments and there are many of them. After a rather slow start, an interaction of low energy, on the third track, Charmingly Contrived, the trio start to get on a path that leads to a totally different direction. As the fourth track enters (even though I’m suspecting this less than half an hour recording was divided into six tracks for practical reasons only) Myhr’s guitar tends to be an instrument of menace, while the rhythms derived from the contrabass are never dominant, more often provide a solid backbone to the recording.

Listening to Contrived repeatedly, I got the sense that maybe (again an antithesis here) it’s less than half an hour duration doesn’t allow the musicians and the listener to get a clear look of the direction where this is going. It seems unfinished at some parts. But, yes, this is a strong antithesis: improvisation very often implies that there’s more to come and even more often you have to be there to witness, feel it, watch or listen to it. The cd as a medium for all the above has never been that revealing.

So, is this a mediocre recording? No way. But as Raw Tonk’s catalogue continues to grow, providing us various formations, line-ups and sounds, Contrived seems more like a promise for the near future. It is good but there are better things to come. And, of course, it doesn’t provide any answers, they never wanted that in any case, to the aforementioned question. Can we record the improvisational moment? They are not sure, I do not know.