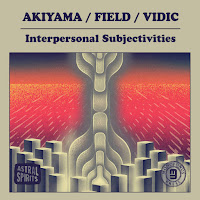 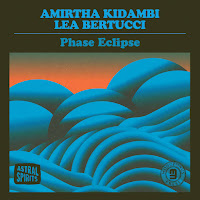 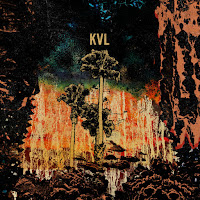 For all its five years, Astral Sprits has been a home for some wildly experimental and radical projects that would otherwise not make it to recording and distribution. Some part of that is due to Nate’s requests to artists, asking them to go out on the limb he’s willing to support; the rest is on the artists themselves and the far sonic reaches they explore and inhabit. And as a bow on 2019, the label’s gone above and beyond with releases in this category, showcasing some very exciting and promising new sounds.

Phase Eclipse is the debut of a duo featuring electronics musician Lea Bertucci and vocalist Amirtha Kidambi (both play other instruments, but not on this album). Even to say Bertucci’s on electronics is somewhat misleading, as her instrument on the album is, primarily, a reel-to-reel tape machine, which she uses to manipulate live recording of Kidambi’s vocals. The result is somewhat reminiscent of Peter Evans Quintet, where Sam Pluta plays a similar role as Bertucci does here. But the tactility of the tape reels warp sound in ways digital electronics can only mimic, and Kidambi vocals are, for those familiar with her quartet Elder Ones and Darius Jones’s Elizabeth-Caroline Unit, tremendously complex and equally tactile. Not unlike KVL, the layers of complexity can take a few listens to track, but plumbing the depths is highly rewarding.

KVL could be something of Astral Spirit’s Chicago house band, with Quin Kirchner on drums and sampler, Daniel Van Duerm on electric piano, organ, and mellotron, and Matthew Lux on bass, with all three contributing electronics. Similar to Jaimie Branch (who guests on one track) and her seminal Fly or Die group, KVL defies easy description. Like Branch, and fellow Chicagoan Joshua Abrams, Kirchner, Van Duerm, and Lux fold together multiple influences, creating layered soundscapes, fluctuating and modulating themes through improvisation. There are elements of dub and drone, overtones of trance and ambient, and some truly galactic vibes. Clocking in at just over half an hour, Volume 1 aptly fills the role of throat clearing, introduction, and a teaser of what’s sure to be much more.

The trio of guitarist Tetuzi Akiyama, saxophonist Gregor Vidic, and drummer Nicolas Field introduces Akiyama to Vidic and Field’sstanding du o. The result is a magnificent set of exploratory improvisation. Vidic and Field’s playing has a rich, textural quality, developed through their use of timbre and dynamics. In this way, Akiyama’s multiphonic approach to guitar, and his innovative use of effects, offset’s Vidic brilliantly. Over the course of 45 minutes, Akiyama, Vidic, and Field generate a nervy tension, walking razor thin lines, such as the ones threaded through the middle of “Inner Circle.” In keeping with the overall Astral Spirits aesthetic, and as a capstone to their anniversary year, the trio’s music is at times stateless, at other times murky and brooding, and yet it’s always highly engaging, rich and thrilling.

Available Nov. 8 on digital and cassette.