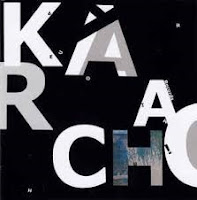 15 years ago, in 2004, Oliver Schwerdt and Christian Lillinger met for the first time and Schwerdt had the plan to spark off a band that was supposed to play classic free jazz of the 1960s and 70s. The two invited East German free jazz icon Luten Petrowsky to join on saxophone and clarinet and finally played their first concert in 2006. In 2008 they recorded White Power Blues (Euphorium Records) and expanded the trio to a quintet with Robert Landferman and John Edwards on the basses - the wonderful New Old Luten Project. The focus here was clearly on Petrowsky, even if the whole band was an extraordinary powerhouse. Petrowsky incorporated the golden age of free jazz, his powerful style being the icing on the cake of outstanding group improvisations. After eight recordings altogether (if you count the trios and septets as well), the project had to come to an end due to Petrowsky’s poor health. Nevertheless, Oliver Schwerdt wanted to continue the project and who else would be more perfect than Petrowsky’s West German equivalent Peter Brötzmann (how he did that you can read in the extensive liner notes if you read German).

In 2017 the new band with Schwerdt (piano, percussion, little instruments), Brötzmann (saxes, clarinet, tárogató), Lillinger (drums, percussion), Edwards (bass) and John Eckardt (bass) - the latter has replaced Robert Landfermann - came together at the old spot, where they recorded the New Old Luten Quintet CDs: the naTo club in Leipzig. From the very beginning the band was playing at a very high energy level, which is mainly due to Brötzmann’s incredible volume (Schwerdt mentions how surprised he was about that). Brötzmann, who has discovered his soft side with some of his recent releases (see Colin’s great review on his latest solo album here ) and even admitted a certain fancy for songs, seemed to swim in a fountain of youth that evening. Very often his trio with Fred Van Hove and Han Bennink comes to mind (listen to the music around the 8:30 mark), now the energy of the New Old Luten band is propelled further by the two basses, which provide extra driving force and texture. Once again Brötzmann uses his familiar riffs but he does that with a surprising brutality that is reminiscent of the old fire-breather of the 1970s. An example of this is the end of the set when Brötzmann throws in his almost famous Master-Of-A-Small-House theme, but it’s crassly overblown, distorted, torn to pieces. For fans of Brötzmann’s FMP period this might be worth the purchase of this CD alone.

However, the real sensation of this recording is Oliver Schwerdt. He has really grown as a pianist, his performance here should establish him among the top German free jazz pianists. His playing brings together influences of Alexander von Schlippenbach, Fred Van Hove, and even Cecil Taylor. For this concert he soon realized that it wasn’t possible to use highly differentiated chords, they would have drowned in the vortex of the sound of the others. Even clusters were difficult, Schwerdt says in the liner notes, which is why he decided to use cluster tremolos, a real machine gun fire of notes. This really seemed to push Brötzmann, who delivered one of the best performances I’ve heard from him in the last five years. Schwerdt’s project really succeeds in creating a modern version of 1970s free jazz, and for fans of old-school-fire-music this recording is an obvious must.

Karacho! is available as a CD. You can buy it directly from Oliver Schwerdt here.

Ask if you can also get the mini CD of the intro performance of the Schwerdt/Lillinger/Brötzmann trio, which opened the evening and which is equally great.
Paul on Tuesday, January 21, 2020
Share

So in the age of Bandcamp a group featuring three musicians well known to the cognoscenti can still fly under the digital radar and only be purchased with an email to the musician owning the label? For some reason I find that pleasantly shocking in a retro way like reading old Cadences. I'm not positive I'll purchase the quintet or trio but if I don't it won't be because this review didn't pique my interest.