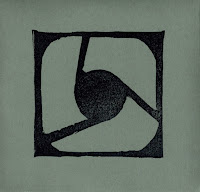 Elizabeth Millar creates lush, alluring sonic vignettes with air and objects, including clarinet, for 22 minutes across five tracks on her debut solo recording, no instrument machine, air. Much of her recorded work to date is with trumpeter Craig Pederson, especially in their duo for amplified trumpet and amplified clarinet, Sound of the Mountain, which released a self-titled record with Tetuzi Akiyama and Toshimaru Nakamura in 2019. no instrument machine, air continues to expand her pallette with machine hums, metal surfaces, fans, propellers, and possibly other objects to introduce new dynamic possibilities for density, pulse, and volume to her music.

Millar’s clarinet playing - which is ostensibly audible only on “Mechanical Forest Sound 1,” “Mechanical Forest Sound 2” and “NIMA” - is mostly funneled breath, wheezing and whistling, some chirps, maybe fetch across saliva, and occasional low-end rumbles from amplified playing… or the amplifier itself. The space is mostly occupied by the pulses of tapped surfaces, electric clicks, machine hums, and particularly propellers and fans, both their air and their blades, whose pulse is sometimes modulated by changing their speed or touching an object to the blades further or closer from the center, along the rotating radius. These sounds from air and objects, including the clarinet, are multitracked to produce a rhythmically rich environment, with polyrhythms rising from the intersecting spectrum of lower frequency hums and breaths and the various higher frequency flappings and clickings. And they’re mixed in such a way to diversify density and volume within each track, further creating a sense of movement and keeping things fresh. Furthermore, each track appears to have its own focus or feature: “Mechanical Forest Sound 1” serves as an introductory exhibition; “propeller and metal disc 1” showcases modulating pulses by moving objects along a fan’s rotating radius as well as pronounced volume control from an amplifier vs air pressure vs the pressure with which an object is applied to a surface; “light metal” introduces a more organic environment, with timbres becoming more wooden, like a marimba or bamboo, and rhythms becoming more irregular and natural; and “NIMA” begins to explore the extremes of volume control by interjecting silence, perhaps rhythmically.

The results are a impressively dynamic, concise statement that should be understood as a declaration that this is a musician to watch. Especially for those who already enjoy the clarinet and tape works of Xavier Charles and Jürg Frey.

no instrument machine, air is available on CD and digitally.