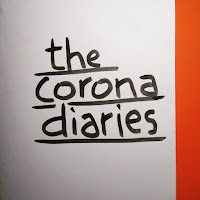 Lebanese trumpeter Mazen Kerbaj offers his own solo performance during corona times, from his lockdown in Berlin where he resides. His "Corona Diaries" include a literal diary that he kept during the period, and which can be read on his own blog. One of the things he writes is the following:

"And this brings in another similarity between this situation and others that I am familiar with: working in confinement, and working in reaction to an extreme situation. Since the first day of the lockdown, I can’t help but draw parallels with life in times of war, and more specifically the 2006 war, where all of Lebanon was closed off and under severe Israeli bombardment for 33 consecutive days. Besides the relative “safety” we have now, we are living in the same confinement (if not a more severe one), and most importantly we are in the same “waiting for something” situation without knowing when and how “what’s next” will arrive. Here, I have to say that for better or worse, I am the kind of artist who works best in reaction to something, and today, just like 2006 or another extreme situation (the assassination of journalist, friend and mentor Samir Kassir in 2005 comes to my mind), I find myself in a rather exciting creative moment".

This is somehow a period of war. Emotional reaction creates art. Kerbaj has always had a 'political' drive in his music, but also a very creative one, going beyond the boundaries of the expected, as in his "Walls Will Fall" album, performed by 49 trumpet players, yet he is equally familiar with solo trumpet albums.

On this album, he uses his usual assortment of little objects to alter the tone of his trumpet, and without seeing him, it's almost impossible to identify how he does it (I can recommend to check out the video at the bottom of his blog to get an idea). Nevertheless, the music is great.  It is desolate, intimate, sensitive and moving, despite its austere limitations of the single acoustic instrument.

Check out his blog too. It is very insightful, funny and creative. His comic books and visual art are worth discovering too if you're not familiar with them. 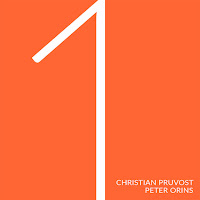 This album by French trumpeter Christian Pruvost and drummer Peter Orins consists of one 45 minute improvisation which is aptly called "13 mai 2020". Both are possibly best known internationally for their collaborations with Satoko Fujii and Natsuki Tamura in the quartet Kaze and in the Satoko Fujii Orchestra. Even if the word seems a little out of place in this context, I would call the music on this album "pleasant", in the sense that it is easy to listen to, agreeable, not really emotionally hindred by the need to express solitude, fear or other feelings of dread because of the current situation. It feels more like a happy meeting of two musicians who are released from their confinement. And despite the length of the improvisation, the duo manages to keep it interesting throughout. A welcome change of tone in this series.

It has a sequel by Patrick Guionnet on voice and electronics and Peter Orins on drums. It is also aptly called "2". This is not jazz, but performance music, with Guionnet reading, then shouting a text by the controversial French author and performer Jean-Louis Costes. The violence increases as the French text develops and the vocal sounds get changed and amplified by electronics. Screams and heavy drums lead to a sonic tsunami. 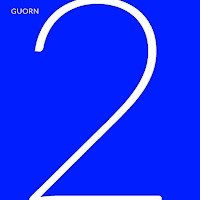 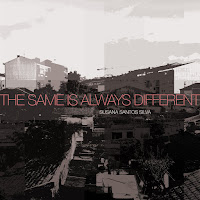 Here is what Susana Santos Silva wrote on Facebook when making the album available, with the current situation in the US and the pandemic creating a feeling of impotence against real virus and the virus of stupidity and racism:

"In moments like this nothing makes sense anymore. The meaning of life gets lost in wars, injustices, suffering, pain, evil and all the other insanities human kind is able to do or let happen for no reason I can possibly understand. I recorded an album during my April/May quarantine and now I don't know what to do with it... because it feels meaningless to even talk about music... or maybe it's a great time to do it after all. This album was planned to be released on June 5th. But, until then I will make it available for download for no money but for some of your love. If you want to buy it, I please ask you to donate the 10 euros that the album would cost (or whatever you can afford) directly to any bail fund, food or crisis fund or any other cause close to you that speaks to your heart. this world is extremely sick and there are innumerable extraordinary people trying to make it better. let's help them. Thank you".

On this 'album' she brings us two short pieces, the first one called "Same", the second "Different". On the first one, the trumpet tone is electronically altered, adding some noise and multiple layers of sound that slowly and monotonously proceed without much change like water flowing down a river, but ending with one fragile high-pitched tone at the end. The second track starts with a ferocious and raw ground tone, the kind of volume for which you require quite some lung capacity to achieve, with timbral multiphonics. Whereas the first track offers a resigned calm, the second has an insistent sense of urgency and nervousness, even if it is equally monotonous. It is the same, in a way, but also different. In a way, like our lives, like this world out there.  Listen and download from Bandcamp.