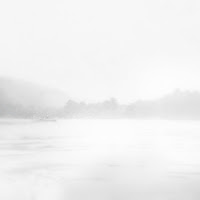 I came to Will Guthrie through a back channel. I was reading the liner-notes to Rene Aquarius’ (of Dead Neanderthals fame) 2016 solo percussion release, Blight, wherein he thanks Guthrie for “for showing me what a solo drum record can be.” OK, I thought. That is endorsement enough. Let’s find this Will Guthrie.

Nist-Nah is, according to its liner-notes, a departure for Guthrie. Rather than meditating on what he did before, he has turned to using “metallaphones, hand drums and gongs of the Gamelan ensembles of Indonesia.” I will admit, Gamelan is far out of my wheelhouse. It is a word I recognize and associate with a few bands like Senyawa, but I am not exactly sure how. So, consider me a rather blank slate in that sense, but one who has much greater exposure to free jazz, EAI, and some other styles in which Guthrie has immersed himself.

Nist-Nah is entrancing. Pieces such as Catlike and Moi Moi pull the listener in through a simple, steady, repetitive rhythm that slowly opens into a wonderous soundworld of imbricating percussion and electric atmospherics. Bells turn into chimes and jangles of metal. Rhythms lose their sense of time and, in that become potentially timeless. Repetition begins to sound like variation and variations sound as if they were programmed from the very beginning. Lit 1+2 opens more suddenly with a crash, followed by Guthrie seemingly searching for a rhythmic spine to hold the piece together. In this case, the search and trial and error join into the vertebrate that unite the piece as a collection of associated by uniquely articulated sections. Elders involves a calmer, more gradual aggregation of sounds that hum like Nakamura’s bowed gongs, though backed by welling staticky tension and overlain with a sparse metallaphone melody. The opener, Nist-Nah is an energetic foray into a variety of percussive techniques and instruments and alternately seems the perfect, concise introduction to the album and contrasts starkly with pieces such as Elders and, the concluding 17-minute track Kebogiro Glendeng.

Kebogiro Glenden is the culmination of the other statements and experiments on Nist-Nah. It deploys the widest array of percussion. It has a steady 4:4 beat and a catchy interweave of melodies that invoke a procession. The tinny clangor and metallaphone give the impression of a ritual or invocation. In a more dramatic and definitive way than the shorter pieces that precede it, this achieves the most disorienting warping of time. Like the best loops, as it repeats, one hears new characteristics of the sounds, some of which surely were not present just a few measures earlier. Resonances extend and collide. Melodies linger long after the sounds fade from perception. Rhythms embrace and float, uncovering and occluding woody claps and metallic shutters. It is difficult to discern what is actually going on in Kebogiro Glenden, and things are likely better that way. It is a cacophonous stew of joy, or the announcement of some ghostly image arriving in indiscernible form. It is a sound Dionysian revelry, or an ode to the vagaries of the wind and weather. Or, maybe it is a piece of abstract expressionist art, wherein one can read rage or calmness, randomness or factory-efficiency, the artist’s inner turmoil externalized or one’s own subjective order into the same canvass. Either way, it is confounding and, in that, transcendent.

Nist-Nah is available on CD and vinyl, and as a digital download.