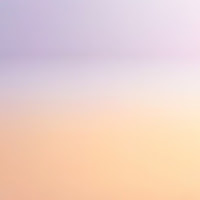 What makes you decide to listen to a record for a second (maybe a third) time? Since home and perennial digital real-time recording have become so accessible and almost effortless (and this is true for at least the last two decades) this is one of the questions that haunt me the most. What is really worth recording? Gradually also “jazz” and impro related sub-scenes seem to have adopted the same approach, ideally replacing the uniqueness and non-repeatability of the live performances. My answer to the first point, a simple answer I admit it, it’s the tangible spontaneity of some of these outcomes. Not everything, instead, could be the second, visceral answer to the latter dilemma. Maybe it’s not always useful to read letters or drafts of great writers. However, sometimes, this helps to better understand some paths and developments that have moved an artist to a result. Dissection is a resource only if you know when to stop it.

“Mirage” probably falls into the category of “how to better understand the work of an artist” and it offers at the same time a very pleasurable listening experience.

Mike Majkowski has earned him a reputation in recent years with a consistent numbers of solo contrabass releases (for Avantwhatever, Bocian Records and Monofonus Press to name a few). Together with his distinctive and tireless slow bowing acoustic approach to the instrument, also the electronic presence has constantly grown in his musical research (the electronic compositions of his 2019 Between Seasons deserve close attention). Anyway, in my opinion, even when he prefers only the electronic output to embody his creative vision, the approach, the inner compositional structure of his music, the overall sound landscape he manages to build, underline once more how much he is deeply rooted and bounded to the sound territorial palette of the cavernous wood instrument.

“Mirage” appears as a 36-minute suite equally shared in two moments: “Morning” and “Afternoon”. In the first temporal frame, the inexhaustible bowing is far from being a monolithic slab of sound, it is not rigid and cold but alive, hiccup interrupted in an unpredictable way by percussive bowing, like whispered implosions, and scattered by weakening, soft vibrations. It’s like a river tumbling upon rocks or touching leafy branches swinging from its banks. In the second “moment of the day” the bowing is still ceaseless, but it seems to retreat from the forefront, slowly hiding itself behind the sustained tunnel of tone that occupy the sonic scene. There are some sudden, shorter surges of deep and middle undertones. Rapids in the river. The mood gets darker. The night is nigh.

You can listen to it on Bandcamp. No mask needed. Just breath.

So great to have you as a guest critic, Paolo. I enjoyed the review a lot, especially the last part with some typical Casertano-isms. I hope you’re fine and enjoy listening to some good music.

Thanks Martin! The blog is like a safe place where is nice to come back sometimes.

Thanks Martin! The blog is like a safe place where it's nice to come back sometimes.