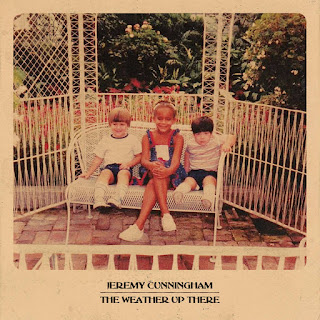 On January 5, 2008, two men invaded a home in Cincinnati and shot and killed Andrew Cunningham, mistaking him for their intended target, his roommate Tyler. On October 29, 2019, a mass shooting occurred in Long Beach, when members from a local gang attacked a party they mistakenly thought was being hosted by a rival gang. In both cases, separated by ten years and 2,000 miles, the common element is not drugs, not gangs, not youth; no, the common element is guns. And around guns, a whole lexicon has emerged: officer-involved shooting, active shooter drills, school shooting, mass shooting, holiday shooting, weekend shooting, fatal shooting. Enter the word shooting into Google News and scroll through dozens of reports from the past 24 hours. This works any day of the week. Meanwhile, turn on most TV shows, movies, or video games and see how massive a space guns occupy in the collective mythology of heroism. Marvel, DC, Star Wars, Star Trek, Call of Duty, Fortnite, pick a franchise, pick a piece of popular entertainment, and there’s most likely a “good guy with a gun” or “biggest gun wins.” And politics, such as they are, inhabit a strangely indistinct space, where straightforward issues become frustratingly complex and twisted. And guns, as a monolithic political topic, an entity unto themselves, are like politics amplified. Complicated by complications, seemingly beyond discussion, separated from the real world by a factor of ten.

This is where music comes in. In addition to being a healing force, here it’s also the language for comprehending the violence, loss, and long, fraught path to reconciliation, after an act of gun violence. In reflecting on his brother’s death, drummer and composer Jeremy Cunningham has channeled the pain he and his family suffered and come out with a heavy-hearted, loving, and hopeful album. The Weather Up There fills the space around it, both sonically and emotionally, in ways few other recent albums have. “Sleep” opens with Cunningham’s mother recalling a dream she now interprets as Andrew saying goodbye. Gradually, altoist Josh Johnson fades to the foreground, and a lushly conducted horn and strings section fills in the surroundings, featuring Dustin Laurenzi and Tomeka Reid. It’s a bold opening, one that plunges a listener into icy cold water. This is real, this happened. Then, Cunningham floods the speakers with memories, taking the audience backward to “1985” in order to move ahead. A nostalgia-inducing Wurlitzer lays the foundation, while Paul Bryan leans his bass way back in the beat, emphasizing a looseness heard throughout Cunningham’s compositions.

“1985,” with its mid-tempo blues groove and Parker’s superb guitar lead, is a stellar introduction to both the core band and Cunningham’s compositional gifts. Similar to Mike Reed, Cunningham takes care to give each player a distinct role, and affords each the space to assert themselves. Johnson is part of Cunningham’s main group, which is rounded out by guitarist Jeff Parker and bassists Matt Ulery and Paul Bryan, who alternate throughout the album. Throughout the album, Johnson and Parker demonstrate their deep connection, previously heard on albums by Parker and Makaya McCraven. The outro features everyone in union, underscoring the group’s deep connection, with Parker grinding out one final solo.

As the final notes ring out, Cunningham’s father’s voice enters, recalling that night he received the phone call about Andrew’s death. “All I Know” features his brief anecdote plainly and clearly, segueing into a bold, passionate trumpet solo from Jaimie Branch. Has anyone demonstrated an ability to document and restate personal pain as well as Branch? Her empathy has been crucial to her Fly Or Die albums, once she’s heard, it’s impossible to imagine anyone else following Cunningham’s father. The whole is laid overtop a rumbling, crackling shuffle performed by the Chicago Drum Choir, a percussion quartet featuring Cunningham, Reed, McCraven, and Mikel Patrick Avery, a rotating member of the Natural Information Society.

“Elegy” faces the ripple effects of loss directly, cross-cutting between recorded interviews of different people in Cunningham’s life speaking starkly and openly about the people involved and who is to blame. Cunningham performs a touching cymbals-and-drums solo, a meditative duet with each person, as the topics shift from drug violence to AK-47s and gun ownership. Listeners learn the intended target was Tyler, Andrew’s roommate, who owed money to drug dealers. And they are reminded the ultimate power over gun rights does not rest in the hands of ordinary citizens. As a pained plea for empathy goes unanswered, the group fades into “Return These Tides,” an epic in two and a half minutes, with echoes of Rob Mazurek’s masterwork Return the Tides: Ascension Suite and Holy Ghost. Ben LaMar Gay lends his voice, and the lovingly rendered moment of Andrew’s death and ascension is heartbreaking.

The core group comes together, with Ulery now on bass, for the one-two coda “The Weather Up There” and “He Pushes Up.” Johnson plays a terse keyboard figure, while Parker performs a delicate, patient solo. Ulery winds his way through with a lovely bass line that leads the group into a double-time outro. He then steps to the fore in the introductory throat-clearing on “He Pushes Up.” In so many ways, the power of this album comes from its voicing, and Johnson makes another bold statement. His alto tone is warm and bright, more Cannonball than Ornette, and in this final statement, he leaps to some great heights. The group comes to rest on a unison pulse, and Cunningham again demonstrates how adept he is at crafting sounds. These layering effects, with everyone coalescing around a rhythm, shade the album different colors throughout.

Jazz, as a genre, has a rich tradition of social protest and engagement with the issues of the day. The Weather Up There fits alongside works by Geri Allen, not as pointedly political as Charles Mingus. Like Allen, Cunningham is as interested in life and in the unnameable forces that surround and penetrate us. Guns and their bullets rip and tear at our bodies, wrenching us from our terrestrial selves. However, on The Weather Up There, Cunningham and his group perform a kind of exorcism, releasing what tortures his family’s souls and guiding Andrew to, one hopes, a final ascent. When it finishes, there’s a real weight on listeners’ shoulders. Using all the skills and tools at hand, from audio clips and layered keyboards, to emotionally bared solos and spacious drumming, there’s only the single question that remains; no, it’s not how’d we let this happen, but how do we stop this from happening again? And again? And again?