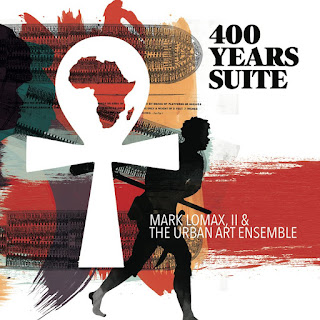 The first piece I wrote for FJB was a review of Ogún Meji Duo’s For Those Who Have Gone, But Still Remain . Having just moved to Columbus, OH, from Chicago, discovering Edwin Bayard and Mark Lomax was a godsend. The Ohio State University brought some acts through town (Steve Lehman, Mary Halvorson, many others), but there was something different about seeing a duo of locals who were playing a “traditional” free jazz inspired by Charlie Parker, Ornette Coleman, Albert Ayler, Sunny Murray and Kidd Jordan. (NB: This is not just name-dropping. I have seen them play worthy homages to each of those figures). There was something special particularly about Mark Lomax’s playing, just enough in touch with the scenes that were taking the music to other dimensions and just distant enough from them to chart his own path with a stronger footing in the music’s blues roots. This is not to say that Lomax is looking backwards, but that he is focused on rhythm and its evolution.

And from those roots and that inspiration, Lomax has produced his opus in 400: An Afrikan Epic in honor of the 2019 400-year anniversary of the first arrival of African slaves in North America. A 12-album cycle, An Afrikan Epic is a big commitment. From the pieces I have heard, such as the absolutely mesmerizing solo twelfth disc Afrika United , it is formidable but absolutely worthwhile. Still, for those who want a satisfying taste of what the larger release has to offer, Lomax has released The 400 Years Suite, a 70-minute version of key studio and live tracks from each of the original 12 installments.

Lomax has an impeccable sense of rhythm, polyrhythm, and melody. At points he is joined by an array of musicians including his most frequent collaborator Bayard, and these tracks comprise some tight bluesy ballads (Birth of the Blues People, Lift Every Voice and Sing), bebop (Ancestral Walk, Nr. 1, Birth of the Blues People, Ancestral Walk, Nr. 3), post-bop chamber statements billowing into free blowing outbursts (Ancestral Walk, Nr. 2, Village Celebration), and the emotively devastating Middle Passage. Given the heavy reliance on strings and rhythm, many of the more soaring compositions such as Ancestral Walk, Nr. 3 touch on the Revolutionary Ensemble and Billy Bang, before returning to their percussive center. And that is really what distinguishes this collection and Lomax’s approach in general. Whether it is driving the rhythm or front and center, the drumbeat is the heart of this music. Everything, the violins, the piano, the sax and bass dance around it. In ways, it is as if Lomax is excavating a Black diasporic tradition wherein the West African pulse remained the defining feature of the music’s development. And despite his reverence for outre percussionists such as Murray, Lomax seems to be returning to that wandering but relentless percussive thud that much free jazz abandoned. In doing so, he is pushing the music not “out there” to the fringe, but rather forward.

The 400 Years Suite , admittedly just an overview of what the entire Afrikan Epic has to offer, is available directly from the artist in digital format, where you can also explore and pick up the larger song-cycle from which it is culled: https://marklomaxii.com/the-400-years-suite . And, for those music teachers out there, Lomax has recently published a companion curriculum for high school and college classrooms: https://marklomaxii.com/store.