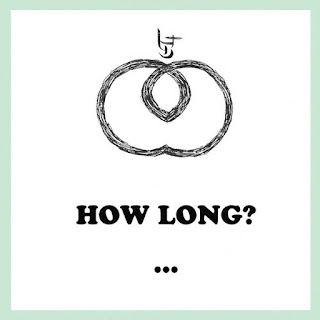 Seven years was a long wait for this one. Thankfully the vinyl came out in an edition of 300 (unlike last year’s amazing Fino Alla Strada Vecchia who was printed in only 100 copies), gloriously including a totally dada text by Alan Bishop.

Before you think that this is an objective review, there are some truths to be told. Truth number one, I’m a huge fan of The No-Neck Blues Band (NNCK from now on). Truth number two, throughout the 1990’s and half of the 00’s they were the most important underground act/collective of the whole free rock gone improvisation spectrum.

Their music, if someone can find a linear trajectory in what the NNCK where doing, always incorporated the logic of the kraut jam but that was only the first level. Jack Wright, in his great book Free Musics, writes on how free playing goes way beyond just jamming. Free playing is totally improvisational and challenges the musician in more than one way. It is demanding on a personal basis (to play all the way out to an uncharted territory) while, collectively, is a constant flow of dialogue and energy between the musicians. This has been the strategy behind NNCK’s live and recorded output for more than one decade. And since I mentioned the word rock somewhere above, if I had to comment on their music, the key word would be improvisation.

On this LP they are on a fine form as usual. Most probably it also has to do that it was recorded, late 2006, at the Chummery, home of the great Sun City Girls – another act that under the moniker rock band was mostly improvising. Any recording of the NNCK is certainly unlike anything else you can listen almost from any rock band. Solipsistic Circles, which occupies the first side, is a twenty-one minute improvisational workout where the whole group makes clear (or, at least, I say so) that they do not know how all this is going to end or which way they will follow. Apart from electricity’s beloved guitars and bass there’s a whole bunch of, mostly unrecognizable, noise making instruments. Another constant in the NNCK milieu is the strong interplay between them. It seems like an antithesis, but their far-reaching, even anarchic, sound evolves through collective thought.

On side b, the first track, The Sepulcher of Oblivion, is the only one that follows the straight line and rhythmic, even though in an ambivalent way, of a kraut jam. Gitanjali Fr C. Gocher, homage probably to the late drummer of Sun City Girls, again devolves the focus into a wide array of mishappenings, sounds, noises and clusters of music. All those, in the end, produce a great recording that we, the fans, hope it will not be the last archival recording from them.

You can buy the album from the source.