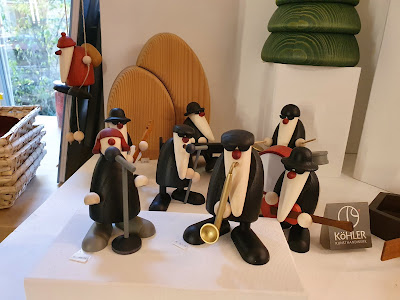 No doubt, there is a lot to be concerned about this year; however, 2020 has also been quite a year for recorded music. Let us focus on the positive and take a time out from the everyday to enjoy the nearly impossible task of ranking the "best of" 2020. If you have ever made one of these lists you know how difficult it is and how it is really just a blurry snapshot of the exact moment the list is submitted. A minute later you listen to that album that has been in waiting and the whole thing can shift. So, take these lists as a suggestion of some of the music you could check out as you wait for your spot in the vaccine line.

Below is the top 11, it will be voted on this week by everyone who contributed a top 10 list. On January 1, we will share our Album of the Year 2020. We look forward to your comments as well to what we missed or what you vehemently disagree with, or the other way around!

Best,
Your friends at the Free Jazz Blog

* Correction, 3-13-21: The first album on this list was miscounted. Two recordings with Evan Parker as a primary artist were combined. This was accidentally done while compiling the lists and the recording thus should not have appeared in the top listing.

Weirdly, I didn't listen to as much music during the pandemic as I had predicted. An early onslaught of creativity took hold in March & I began working on my own music, which was a welcome surprise. So rather than list “the best” of 2020, what follows is a list of discs I listened to the most – primarily for solace and escape – in this horrible, terrible year.

Another great year for recorded music, if there is an upside to it. There have been lots of great online shows and festivals, but it's not been the same. I'm looking forward to the day that we're all able to share music out in the wild again, whenever and wherever that might be. Here's my Top 10 sorted by release date:

As the vinyl market becomes bigger by the day and a lot of people are profiting from this, even in dystopian 2020, we have to be really careful on where we spend our money. A lot of the "new" musics is not so new, but, mostly packaged and presented like it is. Beware, consume less and listen more.

In no particular order, apart from one: I chose duos and small groupings, as they seemed -during pandemic times- more appropriate and realistic

Here are some of the releases from 2020 that stuck out the most to me listed in no particular order.

Beyond these nice and neat recordings, I would like to recognize the experience of AMPLIFY 2020: quarantine, through which I’m still wandering, happy as a clam.

Since i can add one more in the historical/reissues list ( i really do not know how i omitted it), it should, of course, be this:
Black Unity Trio - Al Fatihah (Gotta Groove Records)

Thanks for the lists! Lots to explore.
One more that deserves mention:
The Swiftest Traveler by Snekkestad / Guy / Fernandez (Trost)

I find these lists so important. Even having followed the music closely over the last year there is a lot that I have missed. Thank you to all the team for introducing some great music this year.

The End - Allt Är Intet is not published by Trost, but by RareNoise (for Daniel Boeker)

I hope other readers post their lists. Here's mine:

Thanks to FJC for another great year of music.

Great lists as always guys! Two from me would be the recent archival releases of Gentle Fire - Explorations (1970 - 1973) (Paradigm Discs), and Masayuki Takayanagi- Live at Jazz inn Lovely 1990 (NoBusiness Records). Merry Christmas all!

Here are is some music I found captivating and very enjoyable in 2020.

I'm glad that you stretch the boundaries covering stuff I love like Brom, The Dwarfs Of East Agouza, The End and Party Dozen.

Against the pervading tide new music continues to delight.

Great lists, with a lot of great records!!!

I agree with your choices, but I would like to add 10 more records that deserve a mention:

Great music to be found here and lots to investigate but in the year where Black Lives Matter heightened questions of representation it's interesting to look at these lists through that lens, especially the final compiled list.

Nice to see some familiar names here - Ernst, Richard, Gennaro - and other folks, thanks for the lists. Many good, trustworthy recommendations to try out. As for MJG's observation, I don't have a good question to that answer, but I'm thinking about it.

To MJG, I agree that Black representation on these lists seems low for a site based - by name at least - on a Black artform. It's something I noticed while putting together the 101 recordings of the decade last year too, where Black musicians composed a bulk of the very top albums but representation for the total list was much lower than I expected. A good chunk of the reviewers are European which, considering that this is a music that thrives on (often local) live performance and that Black populations in most European nations are relatively small, might explain part of it. I will say that the most apt, overtly political statement, Who Sent You?, from a group formed out of police brutality, Irreversible Entanglements, made the final list (though, counter to my guess above, via all European reviewers). Despite many exceptional musicians and scenes, there's also relatively low representation of southeast Asian and Latinx musicians on these lists, compared to what we cover throughout the year, though I think this is slowly growing. A different demographic marker, but I think you'll find that there's more women represented on these lists than ever before. Not really an answer, but some related observations. I'm confident in saying I don't think any reviewer consciously avoids any demographic, and that this often non-lyrical music can probably allow an almost blind appreciation of sound without knowledge of demographics; it would be interesting to see where potential biases are coming from... for me, who had no Black musicians in their top 10, I suspect it partly has something to do with semi-relict expectations of "jazz" and "classical" traditions and the historic racial and socioeconomic divides associated with them - I don't think I can name, for example, a single Black "reductionist" composer. I'm not quite sure why, though I suspect there's a certain socioeconomic privilege attached to making music no one will listen to that has been historically denied to most Black musicians (especially in the US, with a larger Black population) and is still being overcome. Not to say there aren't excellent avant garde composers operating in noise and extended technique - Marshall Trammell, Lester St. Louis, and Tomeka Reid especially come to mind for me - but not all the odd niches have found substantial representation yet - hopefully they will, with time and social progress.

Thanks Keith, for a very thoughtful response. My post was an observation and in no way meant as an accusation. There's been some interesting Twitter discussion recently around this subject, involving Corey Meamba and Han-earl Park, amongst others and this meant the issue was particularly in my mind when I read the lists.
Coincidentally, the Irreversible Entanglements album is my recording of the year. Is it also the one that wears it's debt to its Free Jazz forebears the most clearly? Maybe.

I, too, noted the female representation something reflecting a very welcome trend generally in these genres of music and was particularly taken by Keith Prosk's list (perhaps that's you?) which eloquently made an important statement in this regard.

I'll be sure to check out that twitter convo. And that is me; thank you for the kind words. I think you'll find Eyal and Lee's lists also feature mostly women.

And, yes Keith, Eyal's and Lee's lists do indeed make the same point as yours. I'd missed that on my first read through. Apologies to them both for not including them in my earlier observation.