The New Piano Series on Elsewhere 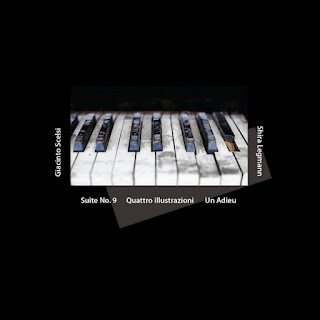 Israeli pianist Shira Legmann dedicates her second album for the elsewhere label (following her collaboration with composer Michael Pisaro, Barricades, 2019) to the Italian eccentric composer Giacinto Scelsi (1905-1988). She explains her fascination with Scelsi music with “his unique syntax of musical phrases, and the freedom he allows for the pianist in shaping them. By using minimal thematic materials and small shifts of articulation, all in a free time-signature environment, Scelsi offers a platform for the pianist to play with gravity points, resulting in the internal logic of syntax and meaning”.

Legmann performs three compositions of Scelsi. These compositions derive from improvisations - as Scelsi saw himself as a medium who received musical messages while meditating and improvising. These diverse compositions were recorded live in Tel Aviv in 2014 and 2019, “where there is also an element of risk, surprise and spirit”. David Sylvian contributed the cover photograph, echoing the mystic and profound beauty of Scelsi's piano works.

The first composition is the nine-movements “Suite No.9” (1953), titled also as “Ttai”, after the eleventh hexagram of the ancient Chinese book of divination, I-Ching (“The little one goes, the big one comes. Heaven and Earth unite, the image of Peace”. John Cage also used this book for compositional decisions). Scelsi described this composition as "a succession of episodes which alternatively express time - or more precisely, time in motion and man as symbolized by cathedrals or monasteries, with the sound of the sacred 'Om'", and advised that this suite should be “listened to and played with the greatest inner calm. Nervous people stay away!”. Legmann captures beautifully the mystical and enigmatic world of Scelsi, himself a Zen Buddhist, including the recurring attempt to balance between emotional turmoil and poetic peacefulness.

The second composition, the four-movements “Quattro illustrazioni” (Four illustrations) (1953), is more dramatic and at times even chaotic, referring to the four illustrations of the metamorphoses of the Hindu deity Vishnu, as described in the Bhagavadgītā. Legmann enjoys exploring the ecstatic and sensual storms and the freedom to celebrate the full sonic spectrum of the piano. The last and short “Un Adieu” (1978/1988), considered as Scelsi’s last composition, is a meditative and melancholic piece, described by Lehmann as “a funeral march” where “the music asks the pianist to keep walking and not look back”. 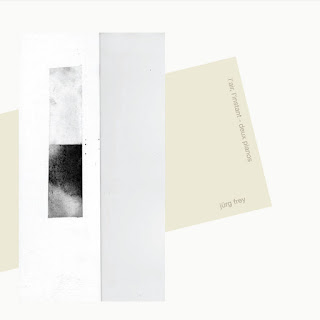 More than twenty years ago Swiss composer and clarinet player Jürg Frey articulated his unique compositional approach in an essay titled Architektur der Stille (Architecture of Silence), focusing on how the physical relationships between sound and silence can affect our perception of space and time:

“In Silence, a space opens, which can only open when the presence of sounds disappears. The silence which is then experienced derives its power from the absence of sounds we have just heard. Thus periods of silence come into being, and then the physicality of silence.

There are pieces in which the absence of sound has become a fundamental feature. The silence is not uninfluenced by the sounds which were previously heard. These sounds make the silence possible by their ceasing and give it a glimmer of content. The space of silence stretches itself, and the sounds weaken in our memory. Thus this slow breathing is created between the time of the sounds and the space of silence”.

The first piece on this album, “toucher l’air (deux pianos)”, was composed in close connection to “Entre les deux l'instant”. This piece consists of seven minimalist movements, Feldamn-esque in its spirit, written for two parts for the two pianos, and van Houldt and Boom play each part at the same time with subtle similarities but in different tempos. The interaction between the two parts is only vaguely shown in the score, giving this piece an elusive but strong poetic sense of openness and closeness, loneliness, and intimacy.

The following piece, the 34-minutes “Entre les deux l’instant”, is more ethereal and silent than “toucher l’air (deux pianos)”, and consists of two parts: Melody and List of Sounds. Melody begins with Van Houdt, then continues with Boon, going back and forth between the two pianists to the end. When one pianist plays Melody, the other plays a note(s) from List of Sounds given in order in the score but slightly later and softer than the sounds of Melody, like adding a slightly ‘off’ shade to it. The two parts are played simultaneously by two pianists but the timings are flexible, up to each pianist to decide, not pre-arranged nor intended to coincide precisely, but allowing each sound to resonate fully and beautifully. Again, This kind of elusive atmosphere never let the music fall into familiar patterns of time and space, but suggests similar, profound meditative tranquility. 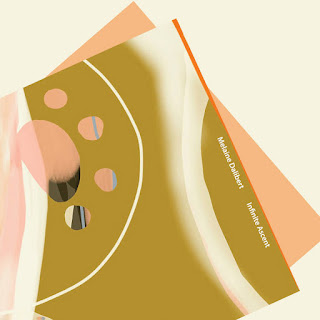 Infinite Ascent is the fifth solo album of French pianist-composer Melaine Dalibert since 2015, all featuring his own compositions. This album consists of eight intuitive and melodic songs, an area that Dalibert has been exploring in the last years as a new compositional strategy outside his signature algorithmic method of composition. Dalibert sees this phase of composing “kind of pop songs” as a transient, but a necessary one”, as he wanted to feel free to write outside of any academy or tradition.

Infinite Ascent was recorded at the chapel of the Rennes Conservatory, where Dalibert teaches, in December 2019. The album title was conceived by David Sylvian who also contributed his artwork for the album cover. Sylvian adds that he felt “a 'cosmic expansiveness'” when he listened to Infinite Ascent for the first time. “Vibrational waves traversing the universe, a lone satellite, released from earth’s gravitational pull, spinning infinitely into the bright darkness”.

Dalibert’s songs offer an evocative sense of mysterious, introspective drama. These kinds of dramas are sometimes intensified with slowly shifting, repetitive strong melodic motives, often associated with Philip Glass aesthetics, as on the haunting “Horizon”, released as a single of this album, or “Song”. But more often Dalibert opts for a contemplative mode of playing as on the meditative “Lullaby” or the beautiful “Litanie”, premiered by Serbian-American Paris-based pianist Ivan Ilić in October 2019.