The sheer volume of music released last year forces us to write combined reviews, now on the topic of sax and piano duos. There are many, as you will see, and we leave it up to the reader to further explore them and appreciate them. Some of them require more indepth attention and reviews, for sure, and that may still come. In the meantime, the reader is alerted to their existence. 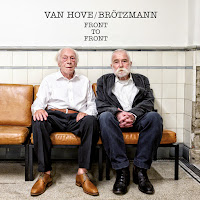 German saxophonist Peter Brötzmann and Belgian pianist Fred Van Hove go back a long way. In 1970 they already released "Balls" together with Dutch drummer Han Bennink. The three men have been instrumental in determining the continental European kind of free jazz, iconoclastic, loud and raw and deconstructivist, but without taking themselves too seriously, and very expressive, creating music in which even more options and directions became available, not only pushing boundaries but completely doing away with them. Brötzman was 78 when this duet was performed, and Van Hove 82. Despite their age, they still play their music with the enthusiasm and even the freshness of young boys. I am not sure whether they could have dreamed this up back in the late 60s or early 70s, as both came under severe attack from even the more progressive side of the music establishment. They have opened our collective ears and continue to do so.
This live performance dates from the Summer Bummer Festival in Antwerp in 2019. Fans for both musicians should definitely look to get a copy of the vinyl version. 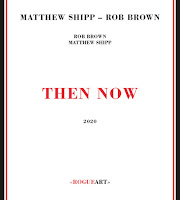 The duo of Matt Shipp and Rob Brown is also highly recommended (and more extensively reviewed by Gregg Miller here). The warm and lyrical tone of Brown's alto matches well with Shipp's unpredictable and sensitive music. Both artists released their first duo album "Sonic Explorations" in 1988, and they have continued to perform and release albums in various bands over the years. Possibly the most fascinating aspect of this album is the seamless interaction between both musicians, co-creating their music as they improvise, creating tight and focused music. Shipp is a star at creating micro-structures in his improvisations which vanish and are replaced by new ideas. Brown navigates these changes brilliantly. On two of the eight tracks, each musician has an unaccompanied solo moment. 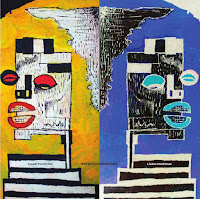 Every year, the „Improdimensija” (Improdimension) concert series is organised in Vilnius, Lithuanua, and is dedicated to improvised music. This duo performance of Spanish pianist Agustí Fernández and Lithuanian reedist Liudas Mockunas was recorded in two consecutive years, the A-side of the LP from December, 2019 and the B-side in November 2018. Both sets are equally intense, sometimes raw, closer to free improv, with no patterns to be discerned at all and lots of timbral explorations, and at other times both artists find a rhythm, however implicit, to drive things forward full of energy and power. The second session starts with lots of silence and weird sounds coming from inside the piano and a like-minded saxophone, shifting into high forward moving tension on the second piece. An amazing album that will keep its power with many listens. 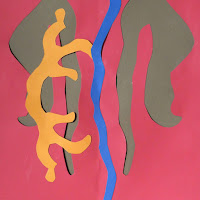 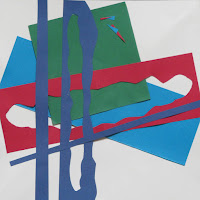 I read in the liner notes that "In February 2020, Christopher Culpo and Catherine Sikora reconvened in Paris, where their collaboration started five years before, and spent four days recording at l’Atelier de la Main d’Or". Their music is more intimate than the albums reviewed above, chamber music, to be listened to in a smaller space. It is not expansive, but disciplined, measured, controlled even if improvised. Sikora's soprano has a warm and velvety sound, singing like a bird through the breeze of Christopher Culpo's piano. The music is smart, gentle and performed with great skill.
The second album is the continuation of the first.
Listen and download from Bandcamp. 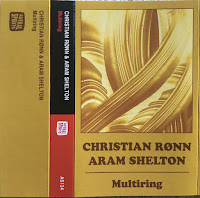 "Multiring" is a fascinating collaboration between Danish composer Christian Rønn and American saxophonist Aram Shelton. The music is available on limited edition cassette. The music is beyond genres. The first track is quiet and slow. Rønn's electric piano and Shelton's alto create a very unique sonic universe, with interesting harmonies and quiet intensity. The second piece is more dynamic with some vague connection to Ethopian jazz. On the third, the piano sounds more like a slow percussive instrument over which Shelton's alto weaves his lamenting sounds. Only one track, "Crawl", is a little more uptempo. The duo manage to create their own voice and a strong musical coherence with variation.
The title is a reference to chemical bonding by multiple rings of atoms. 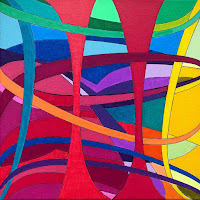 True, Daniel Carter also plays trumpet, flute, clarinet and saxophone, and piano, and Matt Lavelle also plays trumpet and bass clarinet. On their first duo album in 2004, both musicians used their horns. On the second - "Blackwood - Live At Tower Records" (2006) - the piano made its entry on two tracks, once played by Lavelle, once by Carter. Here, the roles are even more precise. Lavelle only plays piano, hence the title of the album, while Carter doesn't. Both musicians have performed many times over the years, including in streets and subways. But this far from being 'street music'. This is really subdued chamber music. In the liner notes, Lavelle is humble about his skills on the piano. And he shouldn't. It's the music that counts, and both artists have this natural sense of lyricism, of interplay and of soulful delivery, that their ensemble playing, in all its gentle interaction is a real pleasure to listen to, again and again. 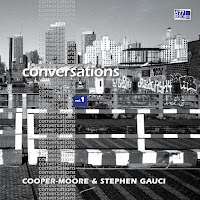 Let's stay in New York. The title "Volume 1" already indicates that more is to come, and that is great. This intense duet of two of New York's free jazz mainstays is worth listening to. They developed their collaboration while performing weekly during a seven-month residency at the HappyLucky No. 1 Gallery in Brooklyn. The improvisations vary between high energy and more sensitive moments, with each track having its own character.
The music is also released as a vinyl LP. 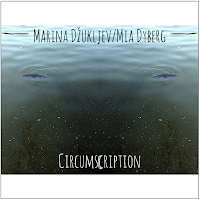 Another lockdown success. A duo performance created over the internet, with Danish saxophonist Mia Dyberg based in Berlin, Germany and Serbian pianist Marina Džukljev based in Novi Sad, Serbia. The entire album is fully improvised, which seems surprising at moments because of the quality of the interaction and the almost simultaneous co-creation. Both musicians describe their music as a diary of the lockdown. Even if some pieces are sad, other ones are more joyful and positive. A good remedy of positive thinking. 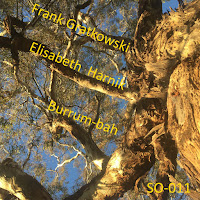 The album consists of two long improvisations by German saxophonist Frank Gratkowski and Austrian pianist Elisabeth Harnik. The first one is called "Macropus Giganteus" and the second is called "Cacatua Galerita", two animals who live in Australia where the album was recorded live in February of this year. The album title means "Where the kangaroo, the wallaby, bounces over the rocks". Both tracks are around 12 minutes long and are intense, nervous, agitated, with some moments of calm. It's difficult to make the link between the music and the titles (is it evocative of nature?), but that makes the music not less rewarding.

Alexandra Grimal & Giovanni Di Domenico - Down The Hill (Self, 2020) 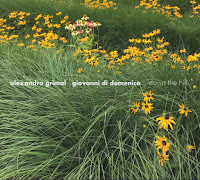 French soprano saxophonist Alexandra Grimal and Italian pianist Giovanni Di Domenico have performed and released albums over the years, in different ensembles. This is their third duo album, after "Ghibli" (2011) and "Chergui" (2014). The two musicians continue their journey of rather accessible explorations of folk themes. The music is friendly and welcoming, yet it has character. Both musicians have a sensitive and even romantic approach to their music, but without being cheap. The music has a rare sense of innocence that is sincere, charming as well as convincing. Next to her excellent work on the soprano, Grimal also treats us to her worldless singing which even accentuates the overall atmosphere of clarity and sensitivity. 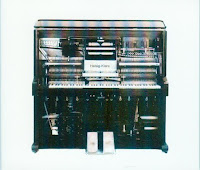 German artists Jan Klare on alto sax and Wolfgang Heisig on piano give us their rendition of the music by American composer Conlon Nancarrow, who "composed for player piano by progamming sound events via punched paper rolls. He was one of the first composers to use the technical possibilites of mechanical musical instruments making them play far beyond human performance ability", we read on Discogs. These compositions have strange structures and patterns, to the level of even sounding a little insane. Performing them is not a small feat, but the musicians go even a step further by composing their own pieces in the style of Nancorrow. They sound as mad, and they are equally mesmerising because of their insistent rhythmic patterns. Only "Study 4" gives us some breathing space and a jazzy tune. The last track, penned by Heisig, luckily drives us back into maddening rhythms and chords. A pleasure to listen to.
Listen and download from Bandcamp. 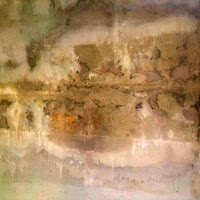 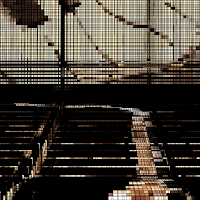 We receive two albums by Brazilian musicians Renê Freire on piano and Thelmo Cristovam on sax. Both live and work in Pernambuco, in the north eastern region of Brazil. Interestingly Cristovam has an academic background in physics and mathematics, and he is also a researcher in psychoacoustics. Unpredictability and uncertainty may define our physical universe at the deepest levels, and so is this music. The music is restrained and even intimate at moments. Freire's approach to the piano is anything but jazz, with classical references, and sometimes closer to the sound of harpsichord than a piano. Except for "Insania", there is almost no raising of volume or noise to detect.  The second album is an EP with two short pieces.
Their music requires to be discovered. It's not often that we get avant-garde improvisation from Brazil, so we hope to hear more. 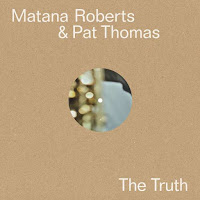 Pianist Pat Thomas is possibly best known from his collaborations in the London free improv scene, linked to the Cafe Oto, and reviewed on numerous occasions on this blog, but he has also a more jazzy side, as testified by his recent solo album of Duke Ellington compositions. On this album too, and possibly because of the presence of Matana Roberts on sax, the interaction is free in spirit, open-ended in their journey, but solidly anchored in jazz idioms, the rhythms, the phrases, the harmonies. Matana Roberts thrives by the interaction with Thomas, creating wonderful jubilant, playful, angry or moaning tunes, navigating with dexterity the sudden changes and new ideas in the pianist's approach, while managing to keep the continuity in her playing. The long last title track is a good example of this, and by itself already worth the purchase of the LP.
Strong stuff. 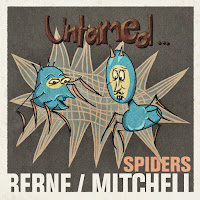 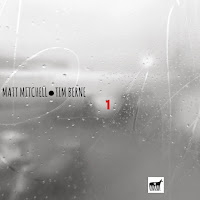 The duo of Tim Berne and Matt Mitchell offers us abstract and often complex modern music, improvised around composed themes and structures, with many stylistic influences and variation in the tracks. The album was already reviewed by Gary Chapin. Interestingly enough, Tim Berne releases another album with a duo with Matt Mitchell, but then recorded in 2010, on his own Screwgun label. This is possibly their first recorded collaboration. Other duo albums include "Førage" (2017), "Angel Dusk" (2018).
Both are worth checking out. 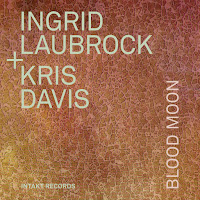 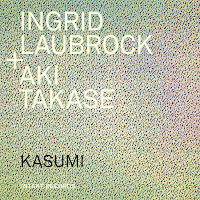 Not to forget, Ingrid Laubrock released two duets with pianists this year, one with Kris Davis, the other one with Aki Takase, both on the Intakt label. Matthew Banash already reviewed both albums here. Just to remind you to listen to both albums, as they are a little special. Playful, light-hearted, with lots of ear candy. 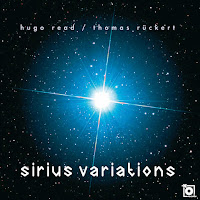 Both Hugo Read on soprano and alto, and Thomas Rückert on piano present a very serious, austere and refined album. Their technical skills on the instrument are excellent, but it's all a little bit too polished to my taste.