Sometimes I wonder how far we can go in reviewing avant-garde music. When does it transgress the "jazz" positioning of our website? Is there a boundary or a limit we should set? Or do we accept any pushing of auditory boundaries into new and interesting sonic territories? I do not have the answer, and it may go both ways. What I do know, is that a lot of intense listening to music creates new comfort zones, each in turn platforms that you can use to take even a step further, when you're ready for it. Musical tastes evolve. What I considered noise ten years ago, appears as meaningful music today.

Here is a list of new string duets, all avant-garde, although the stylistic bucket is unclear. In fact, it does not matter. The music will not be different with a different label attached to it. So enjoy with the me the following albums. 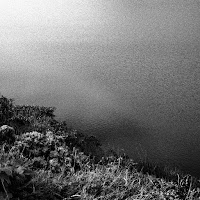 Ellen Fullman is the inventor and performer of the "Long String Instrument" of which you find a video below. Fullman is an absolute expert in creating uncanny, eery and at the same time welcoming soundscapes with her instrument. She is joined by Theresa Wong on cello. Both artists explore the boundaries of their art, including the use of space and architecture, video, visual arts and dance. The inspiration for this album are 'harbors', places where water meets land, promises of uncertain journeys and movement from solid ground to liquid environments. Their music has a wonderful natural flow full of undercurrents and gliding tones. Fullman's sounds are brilliantly unique and Wong is the perfect partner to add tonal richness and variation.
A mesmerising listening experience. 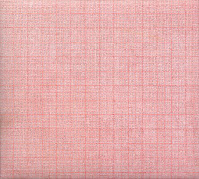 Six years ago, Vilde & Inga released their debut album directly on the ECM label. We reviewed the album with lots of praise for their unique approach and voice. The duo are Vilde Sandve Alnæs on violin and Inga Margrete Aas on double bass. After "Silfr", released in 2017, the two Norwegians are presenting us their third album, a double CD. The title already suggests a connection with nature, and an identification with the sounds of nature in order to understand something more essential than their sensory observation. The pieces stem from recordings in Emanuel Vigeland Mausoleum, the Newtone studio, by a lake in the forest outside of Oslo and at the harbour in the city center of Oslo. On some tracks, such as IX, the actual use of their instruments is barely audible among the birds singing in the trees. Their approach to sound is minimal but specific. They select a carefully chosen sonic subject, then develop it. This may be noise, or pointillistic pizzis, or long bowed sounds, but their use of silence and space, and above all the cohesiveness of their interplay is spectacular. If anything, they have created their own sonic space. 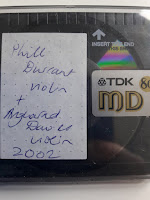 This is a 24 minute practice piece between violinists Angharad Davies and Phil Durrant. As the liner notes say: "This is a wav transfer of a private mini disc recording of a play/practice session with me and Phil Durrant playing violin held at my home in London in 2002", but released in 2020. One more example of archival archeology thanks to Covid? The two Brits demonstrate the skill of minimalism, with their strings barely producing any sound at all, in a kind of competition of silence. Both violinists played in various free improv ensembles over the years, but I think this is their first release as a duo (but I may be mistaken: they released so many albums, that it's hard to find out). 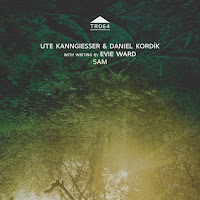 This album is a little bit the odd one out in this list, because the duo are Ute Kanngiesser on cello, and Daniel Kordík presenting us field recordings. The album's title - 5 AM - has to be taken literally. This performance was made in the 'Marshes' outside London. The effort comes across as an act of purification, a moment of quiet away from the City and the madness of the covid Pandemic. To be there, in nature, listening to the early bird songs (blackbirds, pigeons, crows, ...). I am not sure whether Kordik's recording was reorganised afterwards, but it seems as if Kanngiesser is not really dialoguing with the animals as much as trying to blend in, to become one with nature. I know only one other recording for cello and birds: the brilliant "For Birds, Planes & Cello" by Miya Masaoka and Joan Jeanrenaud, which is much darker (no "plane" on this one, but a "train"). Kanngiesser and Kordik's music is equally strong but of a different nature. As the cellist writes: "the birds, the wind, and the rain offer such relief and I feel so shy in their presence that my music can only become the smallest of offerings to them in the rainless window between 4.48AM and 5.15AM". A musical offering to the birds, it sounds a little arrogant, but it is actually very humble. A tribute to their capacity to clear one's head from the pressure of these dark times. And so is this album for listeners too: purifying. It helps.
cafeOTO · TR064 Ute Kanngiesser & Daniel Kordík - '5AM' [sample] 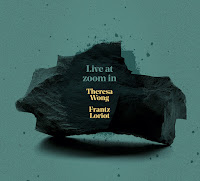 Despite its title, this is not a Covid-related performance, it actually took place at the Zoom In Festival in Bern, Switzerland in October 2017. The duo are Frantz Loriot on viola and Theresa Wong on cello and vocals. They perform one lengthy piece of close to fourty minutes. In contrast to some of the other albums reviewed in this list, their approach is anything but temperate. It is intense, physical, pushing the boundaries of tolerability at times, but that adds to the drama, the darkness and their aesthetic, which is equally attentive and focused. Even during the more silent moments, they keep up the tension, and they develop the piece towards its beautiful resolution.

Sheriffs Of Nothingness ‎– An Autumn Night At The Crooked Forest – Four Fireplaces (In Reality Only One) (Sofa, 2020) 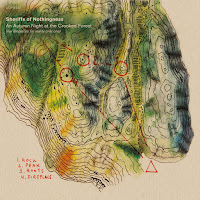 The Sheriffs Of Nothingness are Kari Rønnekleiv on violin and Ole-Henrik Moe on viola. The two Norwegians literally sit next to the fireplace and see it burn and crackle, waving its flames slightly while remaining relatively static. So is this music: intimate, unpredictable and not moving anywhere at the same time. This is not a negative thing by itself. It forces the listener to get into the same mood, to be quiet, reflective, meditative, even if the two central pieces are more agitated. The last piece is the most impressive: it is the sound of the embers after the flames have gone: twenty glowing minutes. You can feel the warmth.
Listen and download from Bandcamp. 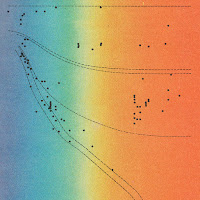 Swiss composer Jürg Frey curated the "Insub" project "Distances", by inviting duets to perform work by avant-garde composers, between September and December of last year. For the last work, Frey composed his own 20-minute piece for two string instruments: Pierre-Yves Martel on viola da gamba and Anouck Genthon on violin.
Because of covid, the performers are in different spaces, yet the music is structured in such a way that both instruments blend into one composition and the physical distance disappears into musical unity. Frey - as with his other compositions - tries to create a sonic environment that is barely audible, intangible and impossible to classify. The lightness and the insubstantial nature of the sound paradoxically creates a sense of depth because it does require effort to listen to.
Listen and download from Bandcamp.