Confinement leads to isolation and personal creativity. We have heard many solo releases this year, including for solo trumpet, by Susana Santos Silva, Luis Vicente, Lina Allemano, Kris Tiner.

The following albums are also noteworthy in the same category. 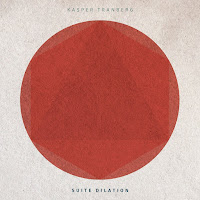 Danish trumpeter Kasper Tranberg's "Suite Dilation" is part of a trilogy of three CDs, the other two being Terzet, a trio, and Strawboss, a sextet performance.
On "Suite Dilation", Tranberg brings us four composed/improvised pieces, all performed with the same clarity of tone, brightness of sound and in the higher tonal registers, with subtle changes, as on the shift to mute on "Shadow", actually giving a shadow of the first part of the piece.
As he writes it himself: "My solo ambition forced me to, seriously, to reflect on my life with all its transformative events, and to go deeper in all my studies. I am still looking for the beautiful and surprising in the tensions I find in the music and in the moment.. no fucking overdubs! The compositions create the framework around what I am discovering, and I seldom leave the material when I improvise."
His music almost sound classical, possibly because of the purity of his tone, and if his music is a reflection of his life, I'm sure its beauty will also make listeners happy. A short album, but a real treat.
Natsuki Tamura - Nihonkai Mukashitabi (Self, 2020) & Natsuki Tamura - Kobe 2020 (Self, 2020) 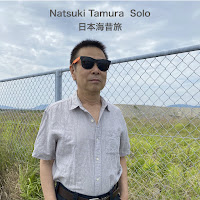 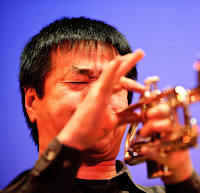 Natsuki Tamura needs no further introduction, as we've covered his music with Satoko Fujii and with his own band "Gato Libre" already extensively on this blog.
Over the years, he has also sparingly produced his own solo albums, starting with "A Song For Jyaki" in 1998, at that time demonstrating his adventurous nature by exploring many possible approaches to trumpet technique and sound. On "Ko Ko Ko Ke" from 2004, his voice becomes more lyrical and his compositions start to integrate folk elements, also illustrated by his combination with singing. His warm tone is already present in his music then, as is his sense of humour. In 2013 he releases "Dragon Nat" (a reference to his first name), with even deeper exploration of folk melodies, and covering compositions from other albums, especially by Gato Libre.
On "Nihonkai Mukashitabi" the timbral explorations and adventures are gone. His warm tone and performance are mainly in the middle register, without peaks and troughs, with a stronger focus on the lyricism of his tune and phrasings. In contrast to many modern trumpeters, Tamura's voice is one of musical purity, a kind of 'art pour l'art', art for the sake of art itself, beauty for the sake of beauty, without any reference to a need for personal expression or need for artistic recognition. This results in a mood of innocence and unassuming pretenseless joy in the music itself, a personal detachment which paradoxically leads to a deeply felt level of poetry.
At the same time, Tamura also released three separate pieces, performed during the covid crisis, and to be bought digitally, called Kobe1, Kobe2, and Kobe3. These pieces are longer, improvised and a little more moody and even bluesy, with the exception of the voiceless Kobe3, which is a physical tour-de-force of man and instrument turning into a human pressure cooker.
His penchant for beautiful lyricism is balanced by his exploratory curiosity. Both find an outlet here but on parallel tracks. 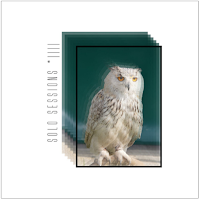 It's always good to hear new voices, especially when they're young, talented and adventurous. Portuguese trumpeter João Almeida fits in this category, releasing his first album this year, and then even a solo album. He started playing the trumpet at the age of eight, and after his formal music studies he took classes with Peter Evans, while at the same time having the opportunity to perform with almost everybody who matters in the thriving and vibrant music scene in Lisbon.
His "Solo Sessions" are exactly what the title suggests: short solo trumpet pieces in which various approaches to music are explored. It's a little programmatic at times: from voiceless over pointillist and long tones to repetitive phrases. He's showing us what he and his instrument can deliver, with quality, with class, and he does so with enthusiasm and intensity. The next step will be to find his musical voice. Not only the technique, but the story and the sound.
This album is only one of four he has released this year.