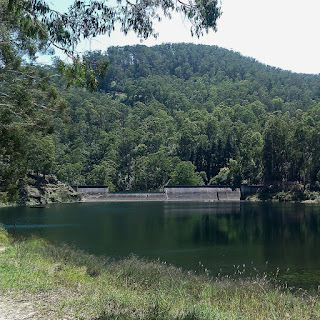 Electronics musician Daniel Lercher and flautist Sabine Vogel embody the room in the performance through echolocation on the seventeen-minute track, Bogong Dam.

Recorded in 2015 within the titular, chambered dam of Bogong Village, Australia, the track captures changes in the performance space as Vogel moves through it while playing. Lercher’s electronics whistle and whine, click, buzz, and crackle, pierce the air with high-frequency sine wave crests or baffle and distort it with white noise. Vogel’s air notes, key clicks, and tongue slaps mingle with austere bittersweet shinobuesque melody, sometimes seemingly throwing sound around the room with a hard blow and a twist of the torso. The duo maintains a generous space without silence and a relatively quiet range of dynamics, communicating most noticeably through pulse, discrete electronics met with discrete flute techniques, sustained with sustained. Occasionally sines appear to extend flute tones, blending with their reverb and carrying on in some similar way. The reverb is palpable, every sound bouncing among the dense, hard dam walls. The close-listening ear can hear changes in the size of the various chambers, maybe proximity to a microphone, wall, or corner, but the finer points of the space are lost without a dimensional plan of the dam, a path of movement, or a more homogenous echolocation technique. Sometimes, when Lercher and Vogel stop sounding, the ghosts of electronics and flute still dance together in the room.

Bogong Dam is a digital-only release. 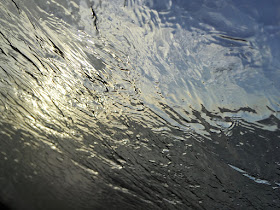 Sabine Vogel also brought her isolated . connected project to a close on March 25, 2021, after exactly one year of asking musicians to record a solo in communication with the previous solo before they ask another to do the same with theirs. Since reviewing the initial release, only solos and overdubbed duos are presented, without overlaying all the tracks for an ensemble effect. It grew to include 19 musicians, with over three hours of new recordings and a total of roughly seven hours presented for listening, ending with a Vogel/Vogel duo of the first and last solos. It’s amazing how vivified, threaded, and intentional each solo appears when overdubbed with the next, even the Vogel/Vogel duo, which were the only solos not in direct communication. It provides a vital glimpse into the underrepresented Mexican improv scene. And it networked new collaborations, like Audrey Chen & Kaffe Matthews’ Breathing Air as Dark Swallows on Takuroku, another important pandemic effort. While there have been innumerable inventive ways to maintain and build community around this music during the pandemic, isolated . connected is surely among the most impactful started by an individual.

isolated . connected is a digital-only release.