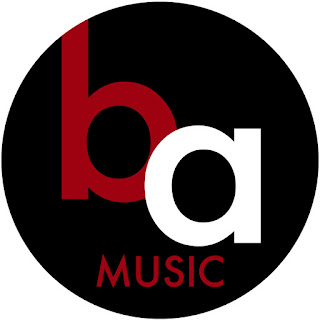 We took the occasion of Sammy Stein's review of Ivo Perelman and Nate Wooley's Polarity on the new Burning Ambulances record label to reach out to label founder Phil Freeman with some questions.
By Paul Acquaro
Paul Acquaro: Burning Ambulance, the web site, contains a wealth of your writing and podcasts about music. This seems like a good amount of work already ... why take the plunge to also be a record label? Was the decision something long in the making or more spontaneous?
Phil Freeman: I've dreamed of starting a label for many years. I think it's a dream a lot of serious music fans and/or music journalists share — presenting the artists we love to the world, and maybe making a little money out of it. And since 2020 was the 10th anniversary of Burning Ambulance, I thought it was the perfect time to finally just do it. And to be completely transparent, the existence of Bandcamp as a platform made it very easy from a logistical standpoint. Here’s our Bandcamp page.
You started the label in October 2020 with a strong compilation album Eyes Shut, Ears Open, from which the proceeds were split between starting the label and helping with the Jazz Foundation of America’s Musicians’ Emergency Fund. How did the compilation come about? How was the response to it?
First of all, I have to say that the response from the musicians I asked to contribute was unbelievably generous. Some people recorded brand-new tracks, while others shared outtakes from critically praised albums or allowed me to release things they'd been sitting on, all just to help me get the word out about the label. It really gave me the feeling that people had been paying attention to what I'd been up to with BA over the previous decade, and trusted that I was someone operating in good faith. And listeners responded very positively as well, which was great.
Aside from donating to the Musicians' Emergency Fund, do you think that the timing of the launch, in the middle of the pandemic, had any impact? In what way?
That's hard to judge. I expect that people who are stuck at home likely have more time to listen to music, so maybe it got more attention than it might have otherwise. Subsequent releases have been covered very positively, which is nice to see.
Your first release is Polarity by Ivo Perelman and Nate Wooley (see review), how did you select this recording to be your first one?
"Seven A" from Polarity also appeared on the compilation. Basically, when Ivo sent me the track, he said that he wanted to put out the entire album. And when I heard the album, I required no further convincing. Both he and Nate play brilliantly throughout, and as their first duo, it's a unique item in both their discographies.
Another recording on the Bandcamp site is Alkisah from the Indonesian duo Senyawa. It's a progressive metal recording and a pretty heavy affair, much different than Polarity. How did you choose this project?
That almost felt like fate. Very shortly after I decided to start a label, Senyawa announced that they were going to release their next album in a decentralized manner, licensing it to (ultimately) over 40 labels worldwide, each in a different territory. Since I love their music and had profiled them for Bandcamp Daily in 2018 , I reached out, and we agreed to work together. As it turns out, Burning Ambulance Music's version is the only CD edition available in the Americas or the EU (most of the other labels produced vinyl).
Would you say that there is a certain aesthetic that you are going for with the label - both musically and visually?
I think every release we'll put out will be the kind of thing that I would be writing about for the site if someone else had released it. Burning Ambulance has always covered a mix of jazz (both mainstream-ish and out-ish), metal, modern classical, experimental music...basically, we're open to a lot of different sounds. I don't think we'll be releasing any death metal records, despite my love of death metal, but I've been in touch with artists from across the spectrum about potential projects already, so we'll see what the future holds. Visually, we are definitely striving for something unique. All our releases will come in heavy-duty tip-on "mini-LP" sleeves, printed on textured paper, and all the covers and design work are done by BA's co-founder, I.A. Freeman, who has also designed covers for the ESP-Disk' label including Matthew Shipp's The Unidentifiable, Zero, and Signature; Whit Dickey's Morph; Matt Lavelle and Reggie Sylvester's Retrograde; and more. Her work for BA is abstract, with no text on the covers, the better to allow the music and images to harmonize.
Can you tell us about some of your other upcoming releases?
Our immediate future plans are a Matthew Shipp/Whit Dickey duo album, Reels, and Echolocation, a collaboration between cornet player Graham Haynes and electronic musician Submerged. Both of those will be out in July. After that, we're working on the debut album by Breath of Air, a trio featuring guitarist Brandon Ross, violinist Charles Burnham, and drummer Warren Benbow, and a disc by Portuguese saxophonist José Lencastre.
To wrap up, is there anything that I should be asking you that I didn't?
Yes, we are accepting submissions for potential 2021 releases, thanks for asking!
Paul on Saturday, May 01, 2021
Share