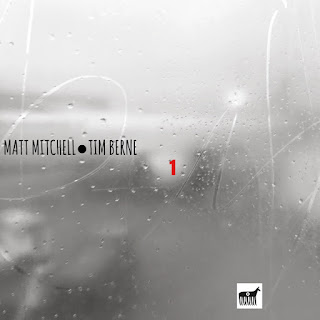 In the May 2018 issue, Downbeat conducted a blindfold test for Tim Berne. When discussing a Zorn composition he stated, paraphrasing from memory, that John goes into the studio with specific ideas on how he wants each participant to sound in a composition unlike Berne’s approach in wanting the musicians to develop the role with their identities. I thought of that often regarding his relationship with Matt Mitchell, whether in Snakeoil and previously released duets, but particularly in this collection of solo piano interpretations of Berne’s compositions, a spellbinding reworking that still contains the stamp of the composer but gently nudges the listener to examine the lyricism in a different way.

The genesis of this recording began when Berne first encountered Mitchell in the summer of 2008 when both taught at the Brooklyn School of Improvised Music’s workshop and performed in the faculty concert. Discovering they were musically sympatico led to increasing concert interactions: a seven piece Adobe Probe concert at the Stone in January 2009, an early version of Snakeoil called Los Totopos in September 2009, and in December 2009 at the Art Alliance in Philadelphia Matt played an opening solo piano set of Tim’s songs before joining Adobe Probe for the second set, the latter of which was released by Screwgun in June 2020, the same release date for 1 which was recorded at Ibeam on June 30, 2010. This wasn't the first time they recorded as a duo but it's the earliest performance to be released. Snakeoil was Berne’s first new band after a prolonged period of one off performances and it gave him an opportunity to revisit older unrecorded compositions and expose them to younger musicians anxious to apply their imprints. One of Berne’s strengths as a composer is in balancing freedom and form and in Mitchell he found a counterpoint to his insistently probing alto lines with ambidextrous melodicism capable of generating complimentary rhythmic propulsion. In the informative liners Matt gives background info for each composition as well as unlisted pieces that they segued into. For example the second piece, “Scanners” which was eventually recorded on the first Snakeoil album in January 2011, they start so strongly and familiarly that you don't miss the clarinet of Oscar Noriega nor Ches Smith’s drums in the swirling alto and piano lines. When things wind down they transition into an earlier composition of Matt’s before ending on a Berne song which never made it to record. I find these early versions of Snakeoil compositions fascinating because they're too fully formed to call them works in progress while still subject to the pushes and pulls of further performances, not to mention differing instrumentation, to morph into something different through time. And as Berne pointed out in an interview shortly after the release of Snakeoil, different studio takes of the same songs sounded wildly different.

Two other pieces here, “Duck” and “All Socket”, ended up on this followup Snakeoil recording as “Cornered (Duck)” and “Socket” recorded in January 2013 and greatly altered with the passage of time but still recognizable in the melody. At the conclusion of “All Socket” Mitchell plays a wigged out stride-ish figure that was a strikingly unique way to close it. One other piece, “Traction” from Berne’s book of work was previously appended to “Jalapeño Democracy” on a live Science Friction recording.

Although Snakeoil was the relatively concurrent destination of these pieces perhaps it's just as useful to consider this performance as an early version of the Berne and Mitchell duo entity realized in three subsequent recordings and ongoing still. Whichever context you place it in, it's a very coherent and adventurous performance providing rewarding listening through repeated exposure. 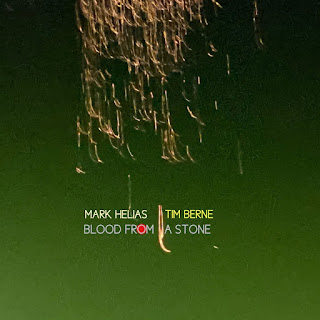 After the frenzied assertiveness of two musicians still in the learning curve of becoming familiar, this recording represents the opposite musical dynamic: two bandmates from the early 80s making music as an incidental part of a small social gathering over a weekend last September. They carved out two blocks of time in the studio to record these five joint compositions. Initially it sounds like Helias, a wonderfully melodic bassist, sets a rhythmic motif which Berne follows and embellishes in a somewhat uncharacteristically placidly reactive manner, although as the first track, “Throw Me A Bone” progresses the roles reverse and further trade offs occur for the duration. If the track order reflects when they were recorded, the third cut, “Physical Responsibility”, is where Tim’s playing becomes more assertive with subdued fireworks and continues accordingly through the rest of the session. It's a very relaxing musical reunion of two longtime friends.

In the Bandcamp notes, Mark credits Tim for having urged him at the beginning of his career to overcome his reticence in putting his music in front of the public by recording it prior to the usual commitment from a label and then, years later, encouraging him to make a solo bass recording; all successfully executed and received. Maybe the nature of their long musical relationship is borne out by these songs.