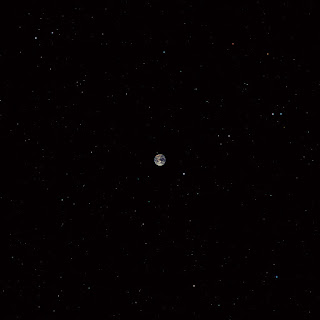 For a guy who has a book coming out in August titled Unstrung: Stories and Rants of a Noise Guitarist, there’s not a lot of noise here. This isn’t a complaint. Ribot has that reputation (well earned) as an agent of chaos and force of nature, and, indeed, Ribot was instrumental in radicalizing me into the anarcho-improv world of Free Jazz. This recording, though, is a wonderfully troubling funk venture, so funky I’m not sure how I’m going to describe it. (Don’t worry. I’ll sort that out in the next few paragraphs.)

This is a punk-funk-pomo record featuring Ribot, Shahzad Ismaily (bass and keys), and Ches Smith (drums/percussion) that does a lot of evoking. Tom Waits, talking about Ribot, spoke about him as a “character,” rather than a sideman, and I see where he’s coming from. Metaphorically, there’s a lot of theater on Hope, settings, moods, themes, stories. The first piece, “B-Flat Ontology,” is a loping, dark setting for a talking-sung blues/poem that, honestly, stands up on its own as a piece of writing. It throws its anchor back to Stax/Funk and Gil Scott-Heron, while simultaneously coming thoroughly from mid-pandemic 2020. It’s a paradox, I know, and we’ve been wondering how to think about this kind of thing for decades.

Other observations: “The Activist” surfaces Ribot’s famous political vein in a way that is arch, obvious, and obscure. It’s one of the uber-funky tracks (along with the next, “Bertha the Cool”) where Ismaily’s bass lays down hard, providing everyone a rock to stand on. “The Activist” closes with a bit of the “pots and pans” guitar jangle, which serves as this amazing con-transition between two pieces that are cool in a raunchy way. “They Met in the Middle '' has a lovely bit of the skronkity-skronk from Darius Jones’ alto.

The final three pieces serve — to my ears — as an unintended suite. I’ve listened to the sequence a bunch of times. “The Long Goodbye” may or may not actually be a reference to Chandler (I think it is), but the associations brought on by the title have me hearing this in a very noir light. It has a ten minute arc of emergence, escalation, climax, and descent. “Maple Leaf Rage” is the masterpiece of the set, with Ches Smith’s brushes becoming something of a revelation over time — who knew they could be that expressive and awesome? The composition on this multi-part piece is next level. Also, “Maple Leaf Rage?” Did I mention how much I love puns?

The final piece of the suite is a rendition (or reflection upon) Donovan’s “Wear Your Love Like Heaven.” Feels like it should be out of place, but it’s not. Donovan’s words coming from Ribot’s mouth fit as naturally as the next prime number in a sequence. It is the perfect cap to this album, and this “suite.” It’s the final piece of the theatrical sequence, denouement. A short injection of encore level faith, to settle you down after the journey you’ve just been through.