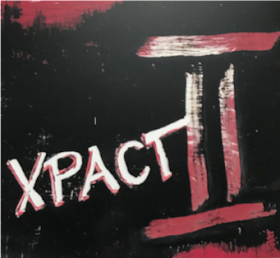 As much as readers of this blog might hope for it, free jazz is not going to have a revival that will bring back audiences the music had in the 1960s (and even then, there weren't that many). In Europe free jazz (or improvised music, whatever you want to call it) has established itself as a musical avant-garde that reaches back to the beginning of the 20th century and remains open forward - to all the musical influences that musicians of the third or now fourth generation will create in the future. Stefan Keune (saxophones), Erhard Hirt (guitar), Hans Schneider (bass) and Paul Lytton (percussion, electronics) rather belong to the second generation and therefore one might expect them to conserve a musical style. All the more if you realise that XPACT II is a continuation of a group that published its first and only album in 1984: Frogman’s View on the FMP sub-label Uhlklang, then with the late Wolfgang Fuchs on saxophones. However, the new/old formation sounds excitingly fresh and modern, conservation is the least they want to achieve with their music.

The idea to revive XPACT obviously came from Erhard Hirt. He called Stefan Keune and asked if he would like to join the remaining three. Since Keune has known the other members of the band for a long time from various collaborations and because his style is reminiscent of Fuchs (especially on the sopranino) he was the obvious and ideal replacement. Like Fuchs, Keune is interested in a similar way in the sound expansion possibilities of the saxophone. The programmatic first track “Restart“ displays everything that makes XPACT II such a wonderful album. Drums, bass and guitar, as well as the cleverly used electronics create surfaces over which Keune’s saxophone sprinkles mostly short licks. He trills, roars, growls, whimpers, smacks, bleats and much more. In combination with the others he uses accurate punctuation marks - abrupt staccato stops, instant changes in direction. In general, the music seems like an ocean, with musical islands in free flow. The contrasts between the punctuality of the saxophone playing, the bowed bass, the drum rolls and the electronic surfaces create an enormous dynamic and tension within the improvisation. This is also supported by very quiet, open passages, that give the sounds plenty of time to unfold. The piece ends in a wild chase of great expressiveness. If one were to be malicious, one could call it fragmentary or half-baked, yet it’s the opposite of that.

The band’s broken-off gestures are so fast and absolute they might remind you of an attack of a swarm of birds or an anthill turned into sound. This is energy, intensity, explosion and implosion at the same time. It’s artistic skill, however it’s never celebrated with an end in itself, it’s just radiant beauty. When polyphonic improvisation turns into a kaleidoscopic miracle of sound, when four musicians transcend mundane boundaries like they do on this album, it’s close to magic.

According to Stefan Keune, XPACT are going to continue in any case and - if possible - they plan to release more recordings. I can hardly wait.

XPACT II is available as a CD.

You can order and listen to the album here: