The records we receive keep piling up. There's no way we can listen to everything, let alone review every album coming our way. The only solution is to cluster albums by label or by genre or by line-up. Today and tomorrow we give you a quick overview of twenty sax & drums duos. Not much in-depth analysis, but it will give the interested reader at least a view of what has been released recently. 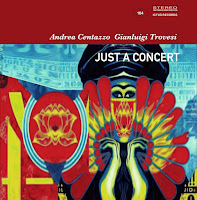 In 1984, Italian masters Andrea Centazzo and Gianluigi Trovesi released "Shock!!", one of my preferred sax-drums duets of all time, because of its relentless rhythmic power, musical joy and abundant lyricism.
Centazzo moved to the US West Coast in the meantime, but luckily he found another duo album with Trovesi, the recording of a concert at the Villa Manin di Passariano in Udine, Italy on July 1983 in front of  an audience of 2,000. There are worse venues for a concert. And the duo performance is of the same excellent level as the venue. Centazzo's style - cinematic, dramatic, narrative - is a wonderful driver and contrast to Trovesi's lyrical flights, but he is equally sensitive, inventive and rich in his emphasis of the measured and highly original improvisations by Trovesi. Both musicians get their own solo track, after which they reconvene for a magnificent ending.
Both Centazzo and Trovesi have changed their styles in the meantime, more sophisticated and polished. It is great to hear them here in a rawer attitude.
Listen and download from Bandcamp. 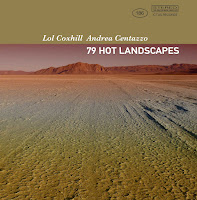 This duo performance also dates from 1984, and has now been released on Centazzo's Ictus label. Coxhill's soprano resonates in the open space of the venue. We get two short tracks and one 30-minute improvisation. Both musicians performed and recorded a lot together in the 80s. I can highly recommend their "Darkly" and "Darkly Again" albums in a trio with Franz Koglmann on trumpet. Centazzo's cinematic approach to percussion creates a completely different atmosphere than the saxophonist's more British free improv albums.
The sound quality is not perfect, especially on the longest piece, but we can be happy that this minor detail did not prevent Centazzo to make the music available. 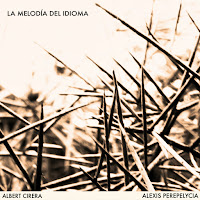 Alexis Perepelycia is an Argentinian drummer, composer and educator, and the album was recorded during one of Spanish saxophonist Albert Cirera's visits to Argentina. On the first track Perepelycia shows that he is a very active drummer, using plenty of polyrhythms and percussive pyrotechnics, giving a solid foundation for Cirera to treat us with his creative skills. The second track is slower and more subdued, more in a full free improv style, and the deliberate exploration and co-creation continue on the third piece, which captures the uncertainty of the second track to evolve into the volume and power of the first track, bringing us full circle. 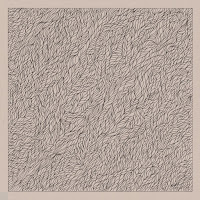 Colin Webster plays alto and baritone saxophones on this album, and Graham Dunning snare drum and objects. This is a novelty as Dunning is known for his use of electronic tape recordings and other material to create new sonic experiences. It must be said that he works the skin of the snare drum with "motors and fans", and the effect is more than just interesting. It is intimate in its sound, suppressed (restrained/unfree) in its minimal volume yet free and open in its possibilities. 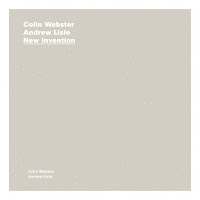 We get another duo of Colin Webster on alto and now with Andrew Lisle on drums. This is their fourth duo album and it is one of the fiercest. It is highly energetic, with only alto and basic drumkit giving the most natural of exploratory interactions. It is intense, relentless and worth looking for.
All the inventive titles of the tracks refer to small villages in Cornwall and Wales: Knucklas, Zennor, Knill, Discoed, Yardro, Kuggar and Gweek. 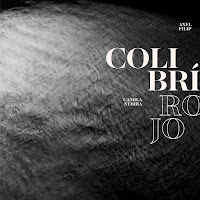 Two other Argentinian musicians worth reviewing: Camila Nebbia on tenor saxophone, voice & effects, and Axel Filip on drums & synth. Nebbia studied classical saxophone in Buenos Aires. She is now based in Sweden to obtain her master's degree in composition. This is her seventh album as a leader over the last four years. Alex Filip has graduated from the Buenos Aires Conservatory, and has released one album as a leader. Their music is fresh and varied, partly because of the use of vocals and other percussion instruments than drums, but also because the eleven short pieces each have their own angle of approach.
It's nice to welcome young artists with skills and ideas. 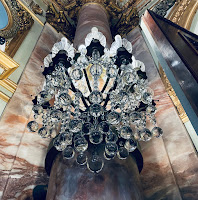 Last year John Butcher launched the series "The Memory Of Live Music", which started with "On Being Observed", which we briefly touched upon last year, and "Live In Italy", another sax-drums duo with Riccardo La Foresta. This relatively short album is the eighth one in the series, a duo with New York drummer and composer Eli Keszler. It's always a pleasure to hear Butcher play, to hear the breadth of his tone, the variety and inventiveness of ideas. Even if this is the 'first meeting' with Keszler, the interaction is strong.
Let's hope that live music is no longer confined to memory. 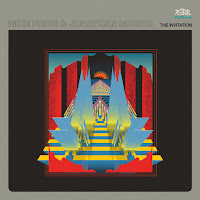 It's been a while since we heard releases with saxophonist Jonathan Moritz, his first new release in five years since his participation on "Strata" by Carlo Costa's Acustica. On this album - released on cassette -he performs in a duo with Mike Pride on drums and percussion. Both artists have a meticulous approach to music: precise sonic bits, often small and not sustained, merge to present a pointillist canvas of sound. 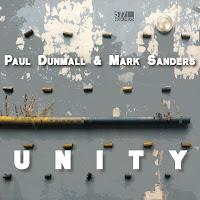 Paul Dunmall has released 165 albums and Mark Sanders 95 under their respective names of which 27 (if my counting was correct) together in various bands and configurations. They have one duo album together, "Pipe & Drum" (2012), on which Dunmall only performs on bagpipe, so it's relatively astonishing that over all these decades of collaboration this would be their first duo album with sax and drums.
The second astonishing thing is that - as evidenced by this album - they still highly enjoy the collaboration and this sentiment transpires through every note on the five improvisations. The music is warm, energetic and lyrical, brought by two musicians at the top of their art with nothing left to prove. Just the fun of making music together, and allowing us to participate in it by listening. 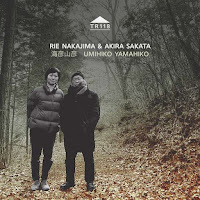 Japanese sonic artist Rie Nakajima uses objects to reflect on the spaces in which she is located. In her own words, she "produces sound". She is also a visual artist, making installations, that create chance happenings and "raise questions about the definition of art". Saxophonist Akira Sakata no longer needs introduction to the readers of this blog, apart from the fact that this duo performance is much quieter and intimate than we are used from the artist. It has a wonderful casual atmosphere, friendly and lyrical.
The performance was recorded in front of an audience of ten people (not because of a lack of interest, but because of a lot of virus). The album is excellent, and we can only welcome the producers to make it available to more than these ten fans.

Tomorrow we continue our overview.

I haven 2 albums by Camila Nebbia (not the one listed here) and can state she is really good. Looking forward to grabbing this one.

Another I've had my eye on is Lao Dan & Deng Boyu-Tutu Duo, on NoBusiness.

Maybe some guys here will be interested in our duo from France called TROMBE.

We are searching for our new release, ask for a link if interested in this below ;-)

have a nice day